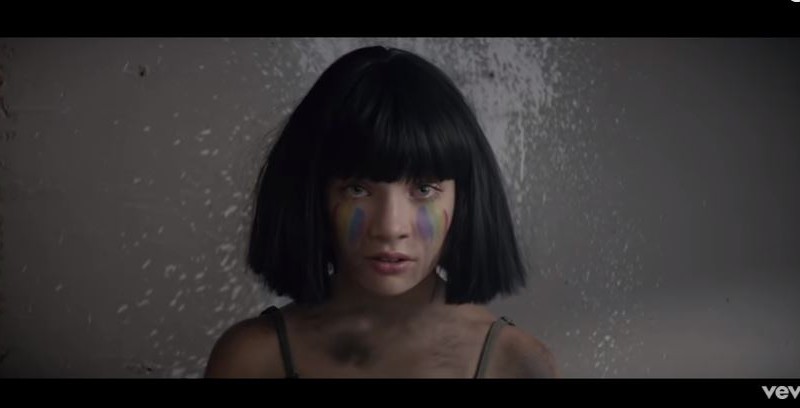 Back in 2007, we had the pleasure of working with Australian singer Sia to promote the music video for “Pictures”. Now, the 41-year-old Adelaide native has received a nomination for the 2017 MTV Video Music Awars  in the category of Best Choreography for her clip “The Greatest” (choreography by Ryan Heffington).

“The Greatest” stars now 14-year-old dancer Maddie Ziegler, who Sia fans may recognize from the music videos for “Chandelier” (which won the 2014 VMA for Best Choreography), “Elastic Heart”, and “Big Girls Cry”, as well as a performance video for “Cheap Thrills.” These were all choreographed by Ryan Heffington, a native of Yuba City, California and longtime resident of Los Angeles. Heffington has been dancing since he was young, but has never received formal training. Heffington has also choreographed videos for artists like Arcade Fire and Florence and the Machine, and made several appearances on RuPaul’s Drag Race. The New York Times said Sia and Heffington’s collaborations have “done more to raise the standards of dance in pop music than nearly any current artist integrating the forms.” Sia told the Times that dance is “an expression that crosses all language barriers.”

“The Greatest” opens to a screen with the hashtag #WEAREYOURCHILDREN. This time, Ziegler is joined by a group of young dancers- 49 in all. It appears to be a tribute to the 49 lives lost in the shootings at Pulse Nightclub in Orlando last June. Ziegler smears rainbow paint on her cheeks, and this time dons a black wig (in contrast to the platinum blonde wigs she’s seen wearing in previous Sia videos). She cries out in frustration as groups of dancers, all wearing drab gray, lie motionless on the floor. As the song kicks in, they rise up, and Ziegler kicks down the door, leading the pack as they run down the hallway. Each move- from large group choreography to close-ups of Ziegler’s hand motions- is perfectly timed in sync with the beat and the emotions of the song. At the end, the group collapses on the floor, revealing a wall covered with bullet holes. “The Greatest” closes to a shot of Ziegler crying rainbow tears.

It’s hard to believe it’s been a decade since we promoted the “Pictures” music video. The song was first heard on Sia’s 2007 live album Lady Croissant. While she’d end up breaking through to the US with “Chandelier” in 2014, her first studio album OnlySee was released back in 1997. To date, she’s released seven studio albums, including 2016’s This Is Only Acting, which sold over one million copies in the US. Sia has won nine Australia Recording Industry Association Music Awards, and received eight GRAMMY nominations, among numerous other awards and nominations worldwide. Her music videos have received a total of more than five billion views on YouTube.

We’re beyond thrilled to see a former client up for such a prestigious award. The VMAs spotlight some incredible artists- from up-and-comers to the biggest names in the industry- and you can see the full list of nominees here. Don’t forget to cast your vote for “The Greatest” by Sia in the Best Choreography category VMAs here!