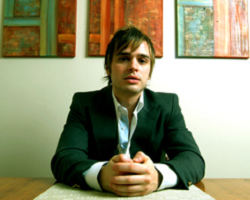 HIP first connected with fellow New Jersey rocker Val Emmich back in 2003, and we’ve promoted several of his videos since – most recently, “Worry”, a HIP Video Productions creation. And no matter the song, he has a way of digging deep into his experiences for a song that’ll hit your most vulnerable emotions.

Check out the Val Emmich HIP Clip below:

While you’re at it, watch his videos for “The Only One Lonely” and “This Ship’s Going Down”!