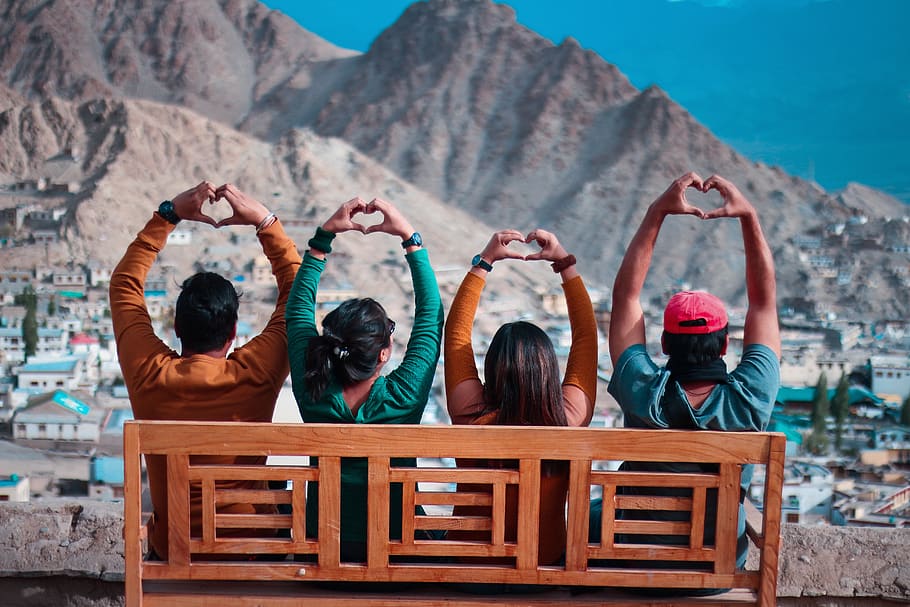 Ah… Valentine’s Day! What a great day to celebrate love in all its forms – romantic, friendly, familial. Love has been the subject of many great songs, and so today we’re sharing some of our favorite love and Valentine-themed videos from over the years.

Who says love is only for February? Ingrid Michaelson & Jason Mraz proved that idea wrong with the Yuletide romance that plays out in “Christmas Valentine.” This Amazon Original celebrates the magic of love and Christmastime in New York City, and no matter the time of year, it’s sure to lift your chilly spirits!

Next up comes a group all the way from Dublin, Ireland, I Draw Slow. I Draw Slow connects the past to the present, tying in classic elements from traditional Irish music with contemporary stylings of modern Americana. Their early 2014 tour dates caught the attention of Game of Thrones’ Aidan Gillen, who went on to star in the “Valentine” video. The song paints the “Valentine” character as someone who lead singer Louise Holden clearly has strong feelings and dedication to, but who is really just a selfish person that views the relationship with only their own needs in mind. They teamed up with director Hugh O’Connor for this video, which shows them taking over a local pub for the night.

It’s not enough to look great and drop hot records – to build a following for your music, you’ve got to grind hard, taking no days odd. Jersey-born singer, songwriter and rapper Justina Valentine knows how to grind, and singles like “Strawberry Soda” are built for this moment in music. She owns the beat from the moment she begins rapping, and in the “Strawberry Soda” video, she demonstrates her stylistic flexibility and her sense of rap geography, as she snatches up men from all the major metropolitan areas.

Up next is another artist with Valentine right in their name, Hunter Valentine. Part Joan Jett and part Sleater-Kinney, this rock band made waves on the US and Canada club circuits with their electrifying live show. For their video “The Stalker” in 2010, they teamed up with director Taylor Cohen, who also created the MTV Woodie Award-winning video for “Lessons Learned” by Matt & Kim. Here, the band is shown in action, wearing ski masks as we get hints of suggestive items hanging on the wall. It’s a little bit dangerous, a little bit destabilizing, but the perfect metaphor for runaway infatuation.

The figure of Cupid has long fascinated artists, writers, and musicians. Next to the list who have been inspired by the son of Venus with the magic arrows of desire is Nashville pop singer Juliana Hale. And judging by “Cupid”, those arrows hit deep. She worked with past collaborator Jake Parker for the video, capturing footage in the studio in high contrast black and white for a clip that’s elegant and mesmerizing.

Los Angeles electronic/chill pop duo Lovers & Poets take their cues from artists like Portishead, moby, Zero7, Air, Ivy, and Massive Attack – but this husband and wife duo aren’t afraid to go their own way. “Sugar High” was the first single from their EP of the same name, as Shannon Hurley sings about a love that she knows she should run away from, but can’t help but jump in anyway. In the “Sugar High” video Shannon and her husband and bandmate Ben Eisen perform in a space that’s half awake, half dreaming. It’s intoxicating, and we bet you won’t be able to stop yourself from diving in.

Last but most certainly not least comes a live video: back in 2015 we shared a live video of Mississippi-born artist Sanders Bohlke playing “The Loved Ones.” One of the rising stars on burgeoning label Communicating Vessels, he’s now shared this captivating performance of fan-favorite “The Loved Ones” from his 2013 album Ghost Boy. Filmed in just one take at the Alys Stephens Center in Birmingham, AL with a powerful string accompaniment, it captures the true essences of Sanders’ music, with an alluring, captivating elegance to the production.