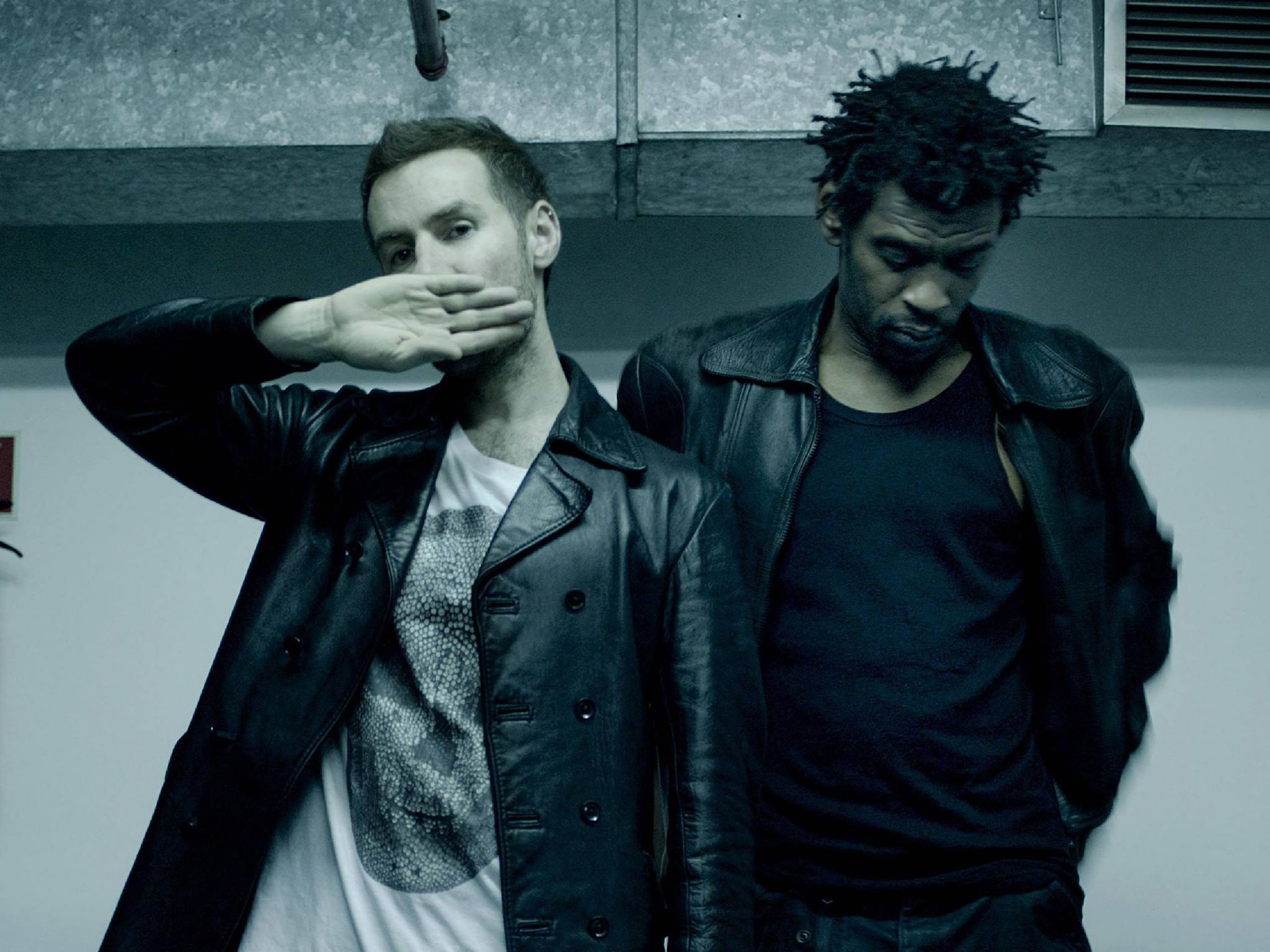 Massive Attack brings honor to their name by taking aggressive action on their own identity in the form of a darkly sensual and cinematic fusion of hip-hop rhythms, soulful melodies, dub grooves, and choice samples. As one of the most innovative and influential groups of their generation, it is hard to look back at what they once were. From Bristol, United Kingdom, the group consists of Robert “3D” Del Naja, Grant “Daddy G” Marshall, and formerly Andy “Mushroom” Vowles (“Mush”). During the time of the Gulf War in 1991, the world was heated with rage, instability and a loss of self-hood. In an era of great anxiety, heavy rock became more popularized as the intensity of the music started to translate the internalized fear felt throughout the world. A world once coated in hopeful promises seemed to be a world of the unknown.

Massive Attack was formed in 1988 and they put out their first record Blue Lines in 1991, which was just the start of their long battle. They have released five studio albums to date with the addition of five extended plays, not to mention remix albums. With an influx of music over a rain of twenty years, their influence has been timeless as they place human touch and soul in electronic music. They manipulate electronics as an extension to their work instead of it taking center stage as the focal point. Their production pleasingly emphasizes the hard slow burn of their breathy haunting vocals that are whispered in a hue but the message is far from soft. Like a hiss in the night, the vocal performer has been interchanged but each addition adds an interesting quality. Even with their female additions, they convey their level of pain without the need for deep masculine vocals. Truth be told, the viewpoint of the creatives in this band is dark but not inclusive. They explore their masked internal dialogue to unravel the pieces of their soul they have forgotten along the way in search of escaping it. They encompass the definition of shock value with an influx of creepy imagery coated with scientists, playing God, death, Marxist ideas, demons, uncomfortable darkness, deep-seated fears, and totalitarian works of literature. Antares Auto Tune Pro Crack

While referencing the simplicity of birth, it transcends to the complexity of life as people’s individual experiences become outer body as their haunting sense of reality and biggest fears become personified. As the world turns into a clinical conveyor belt, life has become trivial as we project false images of ego that will turn self-destructive psychically. Massive Attack wants to retrieve one’s soul before one turns to stone with complacency- turning an ugly world inward.

Here at HIP, we have been working with the leaders of rock since the beginning in their quest for nationwide self-realization. In 2003 they sent us the video for “Special Cases” off of their album 100th Window. Once again with an influx of radical scientific imagery, they play God as they create life out of cells. An experiment that was once innocent begins to unravel as innocence flees at a fast rate. Born to conform, the video questions life itself in a sadistic and a ruthless way. Massive Attack isn’t for the weak-hearted but for enlightened beings that have no explanation for the misery of life but the damning truth of existence and creation of humanity itself.

This video gained global popularity as they saw their rise from the Bristol club crowd to an international success. They have been compared to many of the greats like Tool, Portishead, Beth Orton, Radiohead, TV on the Radio, and Tricky. One of their first singles “Unfinished Sympathy” reached the charts and later being voted the 63rd greatest song of all time in a poll by NME. 1998’s Mezzanine, containing “Teardrop”, and 2003’s 100th Window both charted in the UK at number one. Both Blue Lines and Mezzanine feature in Rolling Stone‘s list of the 500 Greatest Albums of All Time. Not only did they get appreciation on the charts, they won numerous awards including a Brit Award, winning Best British Dance Act, plus two MTV Europe Music Awards and two Q Awards. They have currently sold over 11 million albums worldwide. They have also made it onto the Billboard Top 200 chart with “Heligoland” at #46, “Mezzanine” at #60, “100th Window” at #69, and “Collected” at #198.

Massive Attack will never be on the defense and they are still generating music to this day that is of sound quality and holds their creative integrity and vision in regard almost two decades later. Their artistic growth has been recorded in history and record books but they are still rewriting their battles. In 2016 they released an EP entitled Ritual Spirit and it has seen close to the same success as their later works.

Check out their latest single “Voodoo In My Blood” here:

As a woman falls into a pit of insanity, it shows the mask that people wear might not be pretty underneath as we are all universally running from something. Pictured in stockings, a sensible dress and freshly cut hair- no one can escape their own minds.

Massive Attack’s debut album has been deemed a classic and has made them one of the most innovative bands of this generation. Their destructive thought pattern, messy mental health and their obsession with a convoluted reality, has grown them into the most creative songwriters of all time. They use their individualized experiences to share meaning and help those who are also struggling with these thoughts. They can be placed with the title of a savor- turning people’s isolating reflections into a place of understanding, free from judgment. Massive Attack is a band that helps people not feel alone in their darkest times and give them a sense of shared connection that goes far beyond music and even life as we know it.

We’ve been big fans of Massive Attack for a long time, and we can’t wait to see what budding artist becomes the next break-out star. Do you think your video has what it takes to be the next worldwide smash hit? Get in touch with Andy Gesner and the rest of the HIP Video Promo team by giving us a call at (732)-613-1779 or emailing us at info@HIPVideoPromo.com.