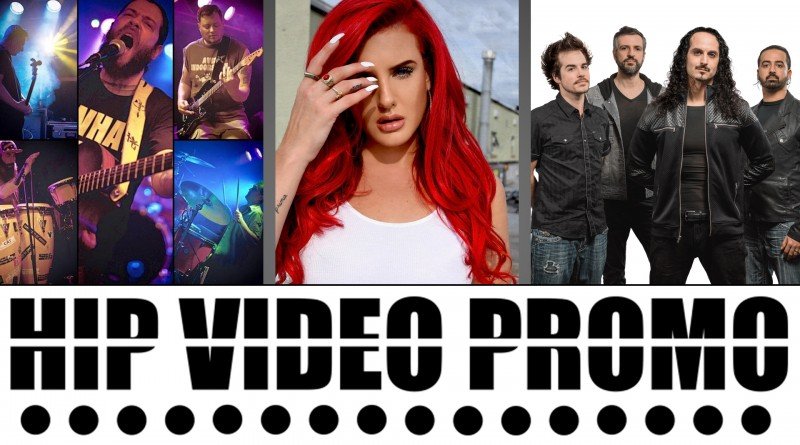 What a white winter it’s been! Things have been as busy as ever here at HIP HQ but boy, is it cold outside. But even when frigid temperatures and snowy days mean we’re all working remotely, the action doesn’t slow down for even a moment. This week we’re bringing you videos from some old friends and new faces, and we can’t wait for you to see what we have in store. The newest HIP Picks – Weekly Client Roundup video gives you the low-down on some of our current projects, and we’ll tell you a little bit about each one below.

With her bright red hair, non-stop work ethic, and “do what I want” attitude, Justina Valentine commands attention wherever she goes. In addition to dropping brilliant visuals like “Deep End”, “Crushin On You”, and “Sunlight”, in 2017 she continued her reign as a fan favorite on Nick Cannon’s Wild ‘N Out and joined the cast of this season of MTV’s The Challenge: Champs vs. Stars. Now, she’s here with the video for “The Real Justina”, the first single off her new album Feminem. For both the lyrics and the visual, she’s taken the spirit of Eminem’s “The Real Slim Shady” and reimagined it with her own iconic spin.

In the summer of 2016, we introduced you to Pacific Northwest rock and rollers Blue Helix with their clip for “Aliens.” Now, they’re back with “Anti-Social Butterfly”, and it brings the full-throated fury we’ve come to expect from Blue Helix in an anthem against bullying. Shot in a boxing ring and gym, “Anti-Social Butterfly” shows a young boy taking his self-defense into his own hands as he’s ready to fight back and regain his pride.

Hailing from Baltimore, Maryland, The Mayan Factor are one of the area’s most respected independent bands, thanks to their standout progressive rock sound. In 2011 tragedy struck when beloved lead singer Ray “Ray Ray” Schuler died unexpectedly; the group then went on hiatus, but prompted by an outpouring of love and support from fans, The Mayan Factor reunited, with Lenny Cerzosie (of Le Projet) now taking over the vocals. They’ve got two new videos to share this week: “Warflower” (a song first recorded with Ray Ray in 2003), which sees a camera zooming along an urban street, intentionally disorienting the viewr, and “Whispers”, which shows still and near-still images of a young woman going about her day who quite literally comes undone to fuse with the universe.