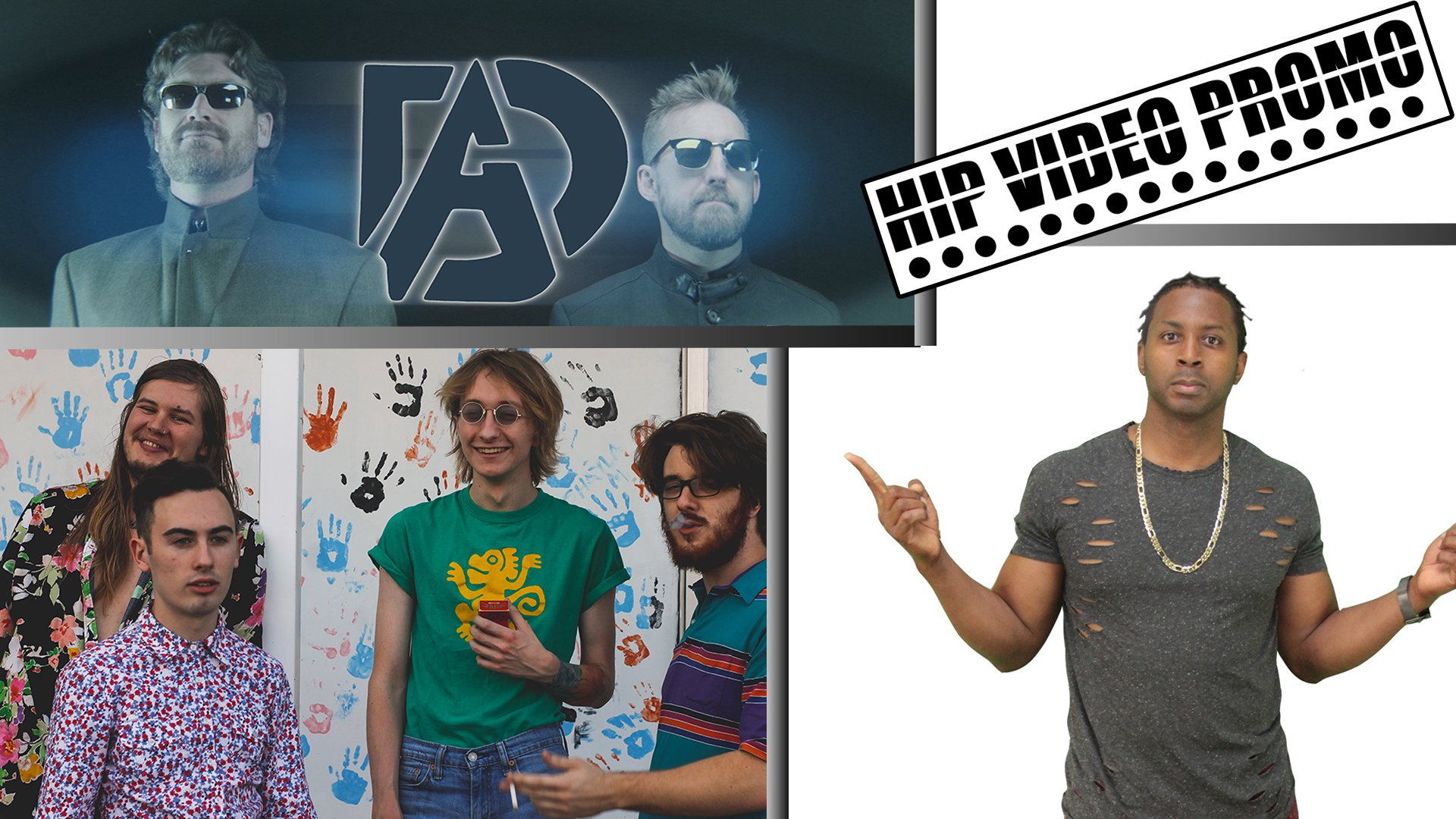 The weather charts show we’re coming off of a heat wave here in New Jersey, but the fire under our musical passion is burning as hot as ever here at HIP HQ. The newest HIP Picks – Client Roundup video gives you the low-down on some of our current projects, and we’ll tell you a little bit about each one below.

Listening to Couch Jackets can be like entering a whirlpool, as the band blend progressive rock and classic 70s pop with hints of country on their latest album Go To Bed. Yet they’ve got a sound that’s uniquely their own, and this cohesive vision extends to their visuals, too: their latest clip, for “Don’t Think Just Breathe”, satirizes obsessive news-watchers, cooking shows, reality TV, and the act of eating dinner. They’ve got a lot to say (and show), and they certainly have fun while doing it.

Hip-hop artists Nick FuriouStylz and X24 are longtime friends who have now teamed up to create music as A.DEF. Their debut single and “OP8 of the Masses” features actress and singer Ava Del Cieo and was inspired by a famous Karl Marx quote that called religion “the opium of the people” – but in this song, the opiate is the lack of connection and loss of love. The “OP8 of the Masses” video shows two men who momentarily awaken from a false world, but are lured back by Del Cielo’s temptress.

As an Iraqi War veteran, Bahamas native IBRU has seen combat but is now ready to spread positive messages through his reggae fusion music. For his latest clip, “War and Violence”, IBRU is on the streets of the Caribbean. As he uses blunt imagery and sings about real life issues – political corruption, moral fraudulence, the current state of society – he’s placed in a war but wishes ultimately for a better future for his people.