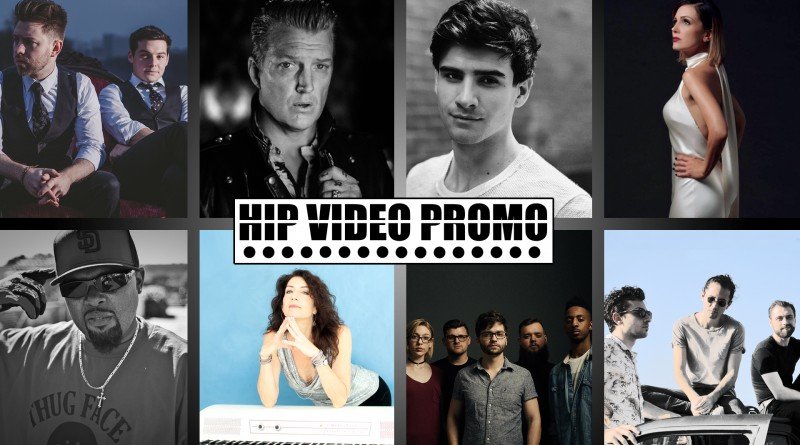 Temperatures continue to dip which must mean the holiday season is right around the corner! This week is a short one, and while we’ll all be out of the office on Thursday and Friday we’ll be hard at work until then, as we’ve got plenty of new videos to share with you. The newest HIP Picks – Weekly Client Roundup video gives you the low-down on some of our current projects, and we’ll tell you a little bit about each one below.

Does a band like Queens of the Stone Age even need an introduction? They’ve been producing hit records for two decades now, with their latest release Villains topping the Billboard charts, and it’s a true honor and profound privilege to be promoting their latest clip for “The Way You Used To Do.” Visionary director Jonas Åkerlund has done videos for everyone from Metallica to Taylor Swift, and this time he and Queens of the Stone Age frontman Josh Homme have created a clip that pays tribute to Cab Calloway and the film Hellzapoppin’. If there’s one thing for sure, it’s that “The Way You Used To Do” will blow your mind!

Board games, water balloons, and a good time with friends: what more could you ask? In their video for “Rebels”, Coopertheband bring all of these things for a clip that’s sure to delight. The Jackson, TN quintet have made the Biblical story of King David entirely approachable through their new EP Kingdoms, and vocalist Phoebe Scott (one of the band’s two singers, the other being namesake Cooper Brown) adds poise and gravity to “Rebels.” Created by Riley Pope, “Rebels” shows a live-action battle and a wild performance from the band- but don’t worry: it’s all fun and games.

Hailing from Los Angeles, California, Calamity the Kid blend 90s garage rock and modern indie rock for a truly unique and intoxicating combination. With their latest single “American Muscle”, Calamity  the Kid compare the current state of the country with past generations through the mind of a modern 20-something. The “American Muscle” music video shows the band on a cross-country road trip, interspersed with action shots showing the realities of our country over the past century.

In 2014, Washington, DC duo Broke Royals caught the attention of the citizens of Thailand with their new single “About Time.” Now, they’re back with “As Long As I Can See”, from their self-title debut album. It’s a hypnotic track that blends pop, rock, and EDM. From the forest to the coastline with a picture-perfect sunset to go along, the music video for “As Long As I Can See” features gorgeous scenery. Even more impressive than that are the women and girls present in the video who interpret the song’s lyrics through sign language, adding a whole new meaning to the clip.

From San Diego, California to Arizona, Shon Lloyd- known to his fans as KNITWIT– is a rapper on the rise. He’s been playing the drums since childhood and rapping since the early 90s, creating “reality rap” that focuses on his life experiences and those of others. KNITWIT’s latest effort, “LookOut,” is his chance to prove that he is one to watch. The “LookOut” video shows multiple versions of the rapper, each with a larger than life, bobblehead effect. If one thing is for certain, it’s that KNITWIT is one you can’t look over anymore.

Earlier this year we partnered with Matt LeGrand to promote his video for “All Good”, and from the first time we heard him sing, we knew he’d be a star. As the weather gets cooler, the world of Matt LeGrand hasn’t slowed down for even a moment, as he continues working to perfect his craft. Now, he’s back with his take on a holiday classic, “What Christmas Means To Me.” Although it was filmed in Miami while it was 80 degrees outside, this video is sure to get you in the Christmas spirit.

From her native Seattle to five years in Los Angeles before coming home, V. Contreras is a world class singer, reborn. She began voice lessons at the age of 10 and joined an R&B group at 19 upon moving to LA, but when she returned to Seattle, went full-force in pursuit of her solo career. Describing herself as an “artist who writes better with cloudy skies”, her new single “Like It’s Yesterday” deals with somber subject matter: the heartbreaking decline of Alzheimer’s disease. The “Like It’s Yesterday” video is shot in stark black and white and shows V. Contreras with all her heart and soul.

The Big Apple, The Empire City, The City That Never Sleeps- New York City has plenty of nicknames, but for Valerie Ghent, it’s just called home. With a smile that lights up a city block, Valerie’s love of NYC is a clear as she takes the viewer on a tour of all five boroughs. From Times Square to Coney Island and everywhere in between, the “New York City Streets” video will make any tourist feel like they’re right at home in this “city of dreams.”