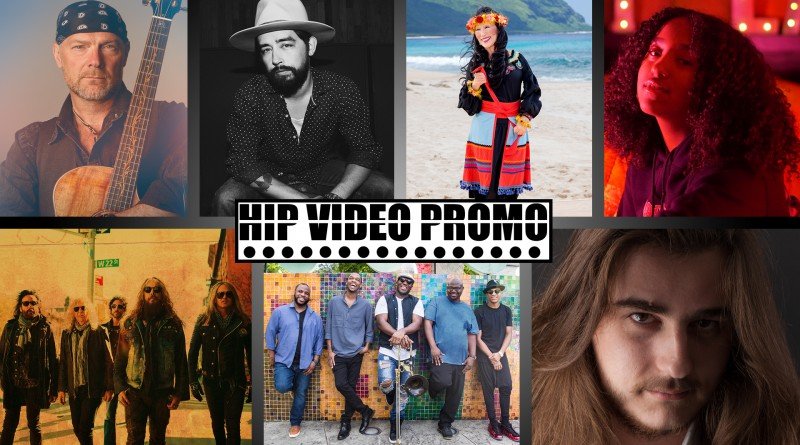 Can you believe it’s the end of June already? It feels like we’re just barely getting out of the gloomy depths of winter but we’re halfway through the year, and here at HIP, the first half of 2018 has been absolutely stellar. From rock and roll to funk and soul, this week we’ve got something for everyone. The newest HIP Picks – Client Roundup video gives you the low-down on some of our current projects, and we’ll tell you a little bit about each one below.

Australian-American supergroup The Dead Daisies are once again bringing gritty classic rock vibes with their latest clip for “Dead and Gone”. Directed by Tony E. Valenzuela (who’s known for his award-winning work in the world of sci-fi and horror) “Dead and Gone” is a post-apocalyptic smash featuring zombies attempting to take over. Meanwhile, our favorite rockers refuse to be overshadowed and their mastery of the stage is not to be overlooked.

Anyone who’s seen Les Stroud’s hit TV show Survivorman or seen his past videos- like “How Long”, which challenged viewers to take action before it’s too late- knows that he’s just as passionate about music as he is about his commitment to environmentally responsible living. Once again he’s teamed up with filmmaker, painter, and illustrator Matt Mahurin to create the clip for his take on Joni Mitchell’s “Big Yellow Taxi.” Stroud has put his blues-y, harmonica-laden twist on the song, and Mahurin’s clip is confrontational yet poetic, as we see Stroud’s anguish.

Jackie Greene has played with Black Crowes and Gov’t Mule, toured nationally with the likes of BB King and Huey Lewis, appeared at festivals like Bonnaroo and Outside Lands, and is a favorite collaborator for Grateful Dead veterans Phil Lesh and Bob Weir. Over a two-decade career, Greene has released nine albums, crafting a sound that melds rock, blues, folk, country, and bits of pop. “Crazy Comes Easy” is quintessential Jackie Greene, and its accompanying video features a rock and roll grandmother who makes a dull, black and white world burst into glorious color.

Originally from New Orleans, Big Sam’s Funky Nation posses a classic funky spirit and produces a sound that blends jazz, rock, and hip-hop. They released their sixth album, Songs in the Key of Funk, Vol. One earlier this year, and have now shared the video for the cleverly titled “Pokechop”. The band is seen performing in front of a brightly colored backdrop that perfectly matches their energy in a clip that will make you want to move your feet and let down your hair.

She may still be a teenager, but Kyla Imani has wasted no time finding her voice and establishing her musical identity. Her latest track “Sitting Up In My Room” was co-written by Ester Dean, who’s also penned hits for the likes of Drake, Selena Gomez, and Katy Perry, and features a guest verse by Jay Critch, who’s been called the new face of New York City hip-hop. It’s a sleek and mesmerizing slice of R&B and as expected, features Kyla in her room – the place she’s most comfortable, as she waits for a call that may or may not ever come.

Wai Lana is a playful, carefree spirit and when she’s not singing, she’s a world-renowned yoga teacher. In honor of the 4th annual International Day of Yoga she released the video for “Colors”, a song which will be included on a new album Beyond Time and Space. “Colors” is a celebration of people coming together despite their differences, as people from all walks of life engage in synchronized choreography, periodically changing in and out of multi-colored outfits.

A true man of his own, S.J. Armstrong knows how to play a dozen instruments and has created an entirely new genre for his music, which he calls “apartment folk.” S.J. had phases of being a jazz guitar player and a country artist but he now incorporates elements of alternative, acoustic, and classic rock; with several singles under his belt, he’s set to release an album this fall. S.J.’s newest video for “Some Restful Day” features shots of seemingly insignificant (yet actually strategic and important) things in Los Angeles, in symbolism of yearning for a woman he could never find.