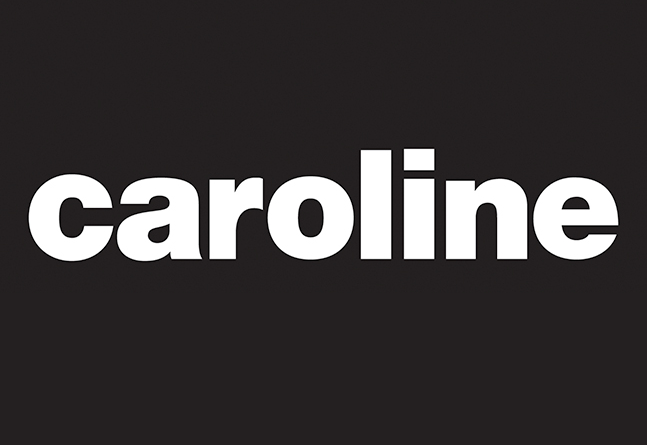 Over the last 20 years, HIP Video Promo has had the greatest pleasure of working with some of the most outstanding and iconic record companies within the music industry. Every Tuesday, we’ll go down memory lane and talk about some of our favorite record labels we’ve worked with. This week, we’re continuing our Record Label Spotlight with the awesome Caroline Records.

Caroline Records is an American record label founded in 1973 by Richard Branson and owned by Universal Music Group. At first, Caroline Records was founded in the United Kingdom and was primarily used to showcase Britain’s progressive rock groups. There, it was a subsidiary of Branson’s Virgin Records from 1973 to 1976, although the connection was rarely mentioned. The first release came in 1973 with Outside the Dream Syndicate by Tony Conrad and Faust. Just ten years after the initial founding, Caroline Records was reused by Virgin and became the importer for Caroline Distribution in the United States. In 1986, Caroline Records was re-founded under the distribution company and released American punk, post-punk, and alternative rock bands. Like Virgin Records, Caroline has also had its fair share of subsidiaries, including electronic dance music label Astralwerks Records.

It’s been nearly 50 years since this rad label has been founded, and they have made a lasting impact on the music industry. Throughout those 50 years, Caroline has worked with notable artists, and we’ve been fortunate enough to work with some of them.

The first Caroline Records artist we worked with was Bat For Lashes in August 2007. Born Natasha Khan, this artist has made quite an impact on the other side of the pond. Her debut album Fur & Gold was nominated for the 2007 Mercury Prize for best album. In that same year, she broke out in America with her single for “What’s A Girl To Do?” and HIP Video Promo was honored to join forces with her for the video. From her childhood love for Halloween, Natasha’s music always has a spooky feel, and her video is no exception. In the video, Natasha is dressed all dreamlike as she guides a little bike down a highway. It all seems calm until we reach the chorus of the song. Masked BMX bike riders appear behind her and start to sing along. It’s a creepy video for sure and will leave you on the edge of your seat.

Up next, we worked with Jamie T in September 2007. At that time, Jamie T was at the top of his game with his debut album Panic Prevention. Although it hadn’t made any waves in the states, he was already riding some major ones in the U.K. He had released three killer singles and hit #4 on the album charts. He also took home the Best New Artist award at the NME Awards and racked up a pretty star-studded following with people like Lily Allen and Zane Lowe. HIP Video Promo promoted his video for “Sheila”. Now, the video might not be exactly what you expected. It stars two baboons that eventually turn into your average suburban couple living in an ordinary apartment. The female sits around most of the day, waiting for the male to return. When he does, he takes too many swigs of the bottle. As the drinking continues, the female gathers enough courage to get up and leave. It’s truly an amazing video with an even more amazing story.

Later that fall, we worked with Carbon/Silicon. After punk band London SS broke up, Mick Jones and Tony James decided to take on the music industry all by themselves. Carbon/Silicon has completely embraced new technology and new musical approaches while remaining cutting edge. In November 2007, HIP Video Promo promoted their video for “The News”. In this video, we’re transported to a utopia where the news and the weather are always good. With their advocacy for social justice, Carbon/Silicon shows their awareness of the world around them with the different clocks. It’s your classic punk band with a classic punky video.

Most recently, in February 2020, HIP Video Promo had the opportunity to work with Tom Misch and Yussef Dayes on their “What Kinda Music” music video, from their collaborative album of the same name. On his memorizing and beautiful debut album Geography, Misch bridges the gap between R&B and dark music seamlessly. This video, in particular, highlights the darkness in Misch’s music. It starts off troubled, following a young man as he sinks into a dark and dingy tube station that magically transforms into a forest, with tree branches stretching like hands to beckon Misch in. It’s a mix of things that don’t belong together, living in perfect harmony.

In their nearly 50 years of business, Caroline Records has become a force to be reckoned with, producing and releasing some of the most amazing artists in the business. It’s no wonder why they’re one of the best in the music industry. We’re so honored we’ve been able to work with them in the past and hope to do it again in the future.