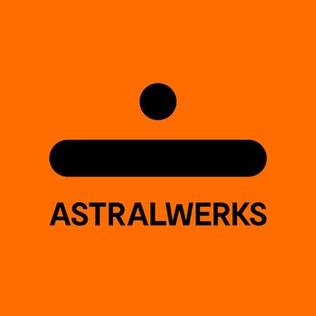 Over the last 20 years, HIP Video Promo has had the greatest pleasure of working with some of the most outstanding and iconic record companies within the music industry. Every Tuesday, we’ll go down memory lane and talk about some of our favorite record labels we’ve worked with. This week, we’re continuing with the outstanding Astralwerks Records.

Astralwerks is an American record label under the ownership of Universal Records. It was founded by Brian Long in 1993 in New York City. While working at Caroline Records, Long got involved in the electronic and dance music world. There, he helped curate an electronic music compilation entitled Excursions in Ambience. Once Astralwerks was founded, Caroline’s parent company Virgin Records sold the company, and it was full speed ahead. Astralwerks released its first album Tales of Ephidrina by Amorphous Androgynous in 1993; the following year, Peter Wohelski was brought on as the head of A&R. With the help of Wohelski, they signed the Chemical Brothers and released their debut album Exit Planet Dust. With 750,000 copies sold and a #14 spot on the Billboard 200 chart, Astralwerks was officially on the music industry radar.

In its first five years, Astralwerks continued to release album after album, with no sign of slowing down. Some of those early releases are FatBoy Slim’s You’ve Come a Long Way, Baby, Basement Jaxx’s Remedy. Although business was booming, there were some changes in the mix. In 1997, Wohelski left his position and was replaced by Errol Kolosine, who was then replaced by EMI a decade later with Glenn Mendlinger. EMI was then sold to Universal Music Group, where Astralwerks still remains. In 2018, Astralwerks announced that they would be moving to Los Angeles and relaunching with a new LA team. Toby Andrews came with the relaunch, as well as a bunch of new signings. Since then, Astralwerks Record Company has remained in Los Angeles and have been consistent with their big-name roster, and their reputation perceives them.

Throughout the years, Astralwerks has had their share of amazingly talented artists, and we’ve had the pleasure of being able to work with some of them here at HIP Video Promo. One of the first artists we’ve ever had the pleasure of working with is Basement Jaxx, 19 years ago. Odds are you probably heard of them at some point if you were ever near a dance floor in the early 2000s. Their album Remedy was one of the hottest albums throughout the ’90s and gained a very respective following with fans like Daft Punk. In 2001 they would release the most unsettling and slightly disturbing video that year had seen. In 2001 HIP Video Promo helped promote their video “Where’s Your Head At?”. The video takes on a wild ride where humanized monkeys have taken over the music industry. This video was a must-see, and it still is today… unless you can’t handle it.

Next up on the Astralwerks artist list is Fatboy Slim. 2006 was the first time we ever got to work with Norman “Fatboy Slim” Cook. That year, HIP Video Promo helped promote his video for “That Old Pair Of Jeans”. The song starts strong with an electric piano, and the video stars a juggler who keeps the audiences focus the entire time. The video is a whirlwind of arms and legs and tennis balls and the energy of a lively nightclub. Cook then took to his MySpace and invited his fans to make their own juggling video. This video puts you on a turntable that you never want to get off.

One of the most prominent Astralwerks artists we’ve had the pleasure of working with is The Kooks. The Kooks first got their big break with their debut album Inside In / Inside Out. It’s one of those classic Brit-rock albums that seems to sum up a specific season. With every guitar stroke and drum hit, The Kooks were creating magic. In 2006 HIP Video Promo helped out with the video for their lead single “Eddie’s Gun”. You certainly get the British feel when watching the video – The Kooks and video director Marco Sandeman film in the tight alleyways of London. The band rocks out in flashing and transforming strips of film. It’s fun, it’s edgy, and it’ll definitely put you in a good mood.

Up next on our list of Astralwerks artists is Phoenix. Phoenix has perfected a beautiful marriage between electronic music and soft rock, and no one does it quite like them. In 2006 HIP Video Promo helped promote their video for “Consolation Prizes”. The video shows the band in front of the breathtaking Parisian scenery with gardens and palaces. But the scenery quickly jumps and skips and sways as the band stays still while the city lights illuminate them. The video is dazzling and mesmerizing all at once and leaves your head spinning in the best way possible.

The next Astralwerks artist we had the honor of working with over the years is Placebo. Due to their faith in the power of decadence, the band has gained quite a fanatic group of supporters. In 2006, HIP had the chance to help out with their video for their album title track “Meds”. The voltage and energy on this one have been raised to a whole new level. Some would say this video was far more troubling than the video for “Infra-Red.” In this video, Molko is up against his own twisted mind, and instead of the wonders of the road, we see the mental deterioration instead. Instead of the camera focusing on the energy in the crowd, it focuses on Molko. The video is a real eye-opener into what the music industry world could be like.

The next artist we had the pleasure of working with are The Chemical Brothers. With their albums Exit Planet Dust and Dig Your Own Hole, Tom Rowlands and Ed Simons have created quite the name for themselves when it comes to classic electronic music. In June of 2007, HIP Video Promo helped promote their video for “Do It Again”. The video transports us to a quiet village in Morocco where a pair of brothers try to escape from a cruel dentist. As they flee, a cassette tape falls from the sky. The music shakes up the entire culture and injects a vile of youth into the world.

The biggest Astralwerks artist we’ve had the pleasure and honor of working with over the years is the one and only Sia. It’s no question that Sia is a force to be reckoned with within the music industry. By the time she came stateside, millions of Americans already knew who this Australian artist was. With the help of TV programs like Grey’s Anatomy and The Hills, Sia was officially on the map. In 2007 HIP Video Promo had the honor of helping with her video for “Pictures”. “Pictures” comes from her album Lady Croissant, and this, along with other OG Sia songs, shows a different side to the singer than we know today. The clip introduces Sia’s quirky sense of humor as she takes the co-star role. It’s about a boy and a girl who broke up and the boy can’t seem to let her go. Sia is seen crying in the car as the shots remain in bright colors on the streets of Los Angeles. Before there was the wig and the eye-catching dances, there was just Sia and her music.

Last but certainly not least, the most recent Astralwerks artist we had the pleasure of working with is The B-52s. Sticking with the oddball and quirky personalities, The B’52’s have always defied temporality. Their sound has still sound timeless and happy, and it’s not changing anytime soon. In 2008 HIP Video Promo helped with their video for “Funplex,” their album title track. The music video is just what you would expect from a B-52 video – vibrant and high energy. The video takes us to a shopping mall with people gossiping on their phones and people zooming by on their Segways. The look of trying not to crack up is what makes this video so much fun to watch. Another oddball moment and we can’t help but love it. Funplex sounds like an awesome place to be!

Astralwerks Record Company has had massive success in its 23-year career. They’ve produced and released some of the biggest names in the electronic music world, let alone the entire music industry. With artists like The Kooks and Sia under their roster, it’s no wonder why they’re one of the best labels in the music industry.