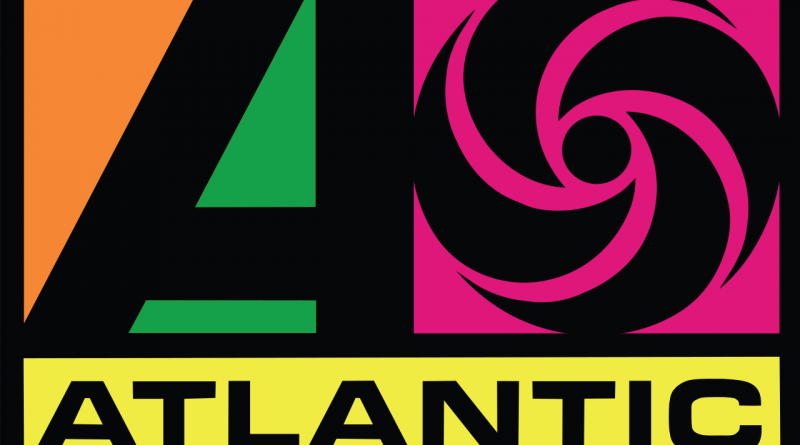 Over the last 20 years, HIP Video Promo has had the greatest pleasure of working with some of the most outstanding and iconic record companies within the music industry. Every Tuesday, we’ll go down memory lane and talk about some of our favorite record labels we’ve worked with in the past. This week, we’re sharing the famous Atlantic Records.

Atlantic is an American record label founded in October of 1947 by Ahmet Ertegun and Herb Abramson. Being fans of jazz music and rhythm and blues, Ahmet stayed in Washington, where he got involved in music studies at Georgetown University. He quickly immersed himself into the Washington music scene and found himself entering the record business. He somehow convinced his dentist to invest $10,000 and then hired Herb. When Atlantic Records first started, it was a family affair with Ahmet as the president, Herb as the vice president of A&R production and promotion, and his wife Miriam running the publishing company. After expenses got too high, Atlantic moved from the Ritz Hotel to the Jefferson Hotel and then moved again in the ’50s to offices at 56 West 56th Street.

When Atlantic first started, a lot of their concentration was on jazz with only a few other genres. Their first recordings were released in 1948, with albums like That Old Black Magic by Tiny Grimes and The Spider by Joe Morris. However, on January 1, 1948, due to the ban on recording activities by union musicians put in place by the American Federation of Musicians, Atlantic had to use all of their money to collect enough recordings to last the ban. The ban had nothing on Atlantic Records. Throughout the late ’40s and into the ’50s, Atlantic Records was dishing out the stars and dishing out all of the hits ranging from jazz and blues to R&B. In 1954, they expanded with the creation of several subsidiary labels such as Cat Records and Atco with their own levels of achievements.

Throughout the 73 years, Atlantic Records have been in business, they’ve seen quite the expansion of genres. First, there were the soul years with artists like Aretha Franklin in the ’60s; then, there was the rock era, which brought clients like Led Zeppelin and Phil Collins just a decade later. Their long wild ride has consisted of warehouse fires, acquisitions, and even wars, but Atlantic has always seemed to come out on top. In 1988 Atlantic Records celebrated its 40th anniversary with a broadcasted 13-hour concert. The setlist featured Led Zeppelin and Crosby, Stills, and Nash. Just 13 years ago, Atlantic celebrated their 60th anniversary with a documentary titled Atlantic Records: The House that Ahmet Built. Atlantic Records still reigns supreme as one of if not the best record label within the music industry.

All the way back in 2003, HIP Video Promo had the honor of working with Death Cab For Cutie for the very first time. Inspired by the Bonzo Dog Doo Dah song, four young Bellingham, Washington guys decided to start their band with the very same name. In 1998 they impacted the indie rock scene with their You Can Play These Songs With Chords cassette collection. Off their 2003 album Transatlanticism came the single “New Year.” In 2003 HIP Video promo helped promote their video for “New Year”. The video transports us to a fancy night where gorgeous people are waiting to ring in the new year. But then the story flips as we see how the other half of society spends their night. We follow a cyclist as he rides through a late night in Los Angeles as we see ordinary people still doing their job and going on like any other night. The video definitely helps put things into perspective.

Another Atlantic Records artist we’ve had the pleasure of working with is Needtobreathe. Brothers Bear and Byrant “Bo” Rinehart have been characterized as a contemporary Christian band; faith and spirituality are definitely at the forefront of their minds, but their energetic rock anthems appeal to all. In 2006 HIP Video Promo promoted their video for “You Are Here”. The video shows a high impact, high energy purse-snatching, and the Rineharts coming to the rescue. In between the chasing, we see clips of the band rocking and rolling on their instruments. It’s a fun video to watch and even has a little bit of justice.

Up next on the Atlantic Records artist list is Shinedown. Signed in 2002, Shinedown has been consistently awesome and thriving ever since then. In 2006 HIP Video Promo helped with their video for “Lady So Divine”. Off their Us and Them album, this video is unlike most we’ve seen. Instead of following a character or an artist, we follow a blackbird as it soars through tunnels and forests. The camera work imitates the flight pathway of a bird with its swooping and jerky stops. The bird holds no fear and soars gracefully from location to location, making for a truly eye-opening video.

The next Atlantic Records artist we’ve had the honor of working with is Halestorm. With their raw and unedited sound, Halestorm gave listeners their own personal concert with their debut EP One And Done. In 2006 HIP Video Promo promoted their video for “Takes My Life”. It wouldn’t be a Halestorm video without it taking place at one of their shows. The video is raw, unedited, and authentic to the band, with clips from backstage and day-to-day life.

Another artist from Atlantic Records we’ve got to work with is Hard-Fi. This British pop group created the ultimate dance music with tracks reaching #14 on the British charts. In 2006 HIP Video Promo promoted their video for “Hard to Beat”. The video takes place in your average-looking British pub, with kids drinking and flirting and playing the old pool as the band gives a stellar performance; the scene morphs into a crowded rave. It’s truly a spectacular video.

Up next on the list of Atlantic Record artists we’ve gotten to work with is Gratitude. The name derives from Jonah Matranga and his appreciation for everything everyone has done for him over the years. Gratitude takes us down a bold and bright path of fresh modern rock. In 2005 HIP promoted their video for “Drive Away”. The video takes us on a journey as we board a city bus with his song playing loudly. The other patrons on the bus do their very best just to ignore him. By the end of the video, some of the other riders notice Matranga and end up finding him to be rather endearing.

The next Atlantic Records artist on our list is the Porcupine Tree. It’s safe to say there is no other group quite like them, and they’ve created a league all on their own. The way they tell their stories through their music appeals to almost every music listener. The metalheads love the songs’ grimness, modern rockers love their soundscapes, and literature lovers appreciate their breath-taking storytelling. In 2007 HIP promoted their video for “Fear of Blank Planet”. The video features a group of teenagers who are nothing but ordinary. But when they’re not playing video games, they’re popping prescription pills. Then the video snaps as the teens turn destructive while the band plays across glitchy television screens. Your eyes won’t leave the screen with this one.

The last but certainly not least Atlantic Records artist we’ve had the honor of working with are Shadows Fall. This quintet from Massachusetts are connoisseurs when it comes to metal; they’ve been able to adapt to the different formats seamlessly. In 2007 HIP promoted their video for “Redemption”. The video has us at the top of city buildings and about to go on a classic comic book adventure, with a mysterious cloaked woman and a protagonist that has to complete all these obstacles to save the day. The drawing and animations put you right in the middle of the page of a comic book.

Atlantic Records have been at the top of their game for the last 73 years, and there’s no sign of them slowing down any time soon. The list of big names on their roster continues to grow, as does their reputation. We’re honored to have gotten the opportunity to work with them and their amazing artists. It’s been 73 years, and they’re still going strong; no wonder they’re one of the best labels in the music industry.