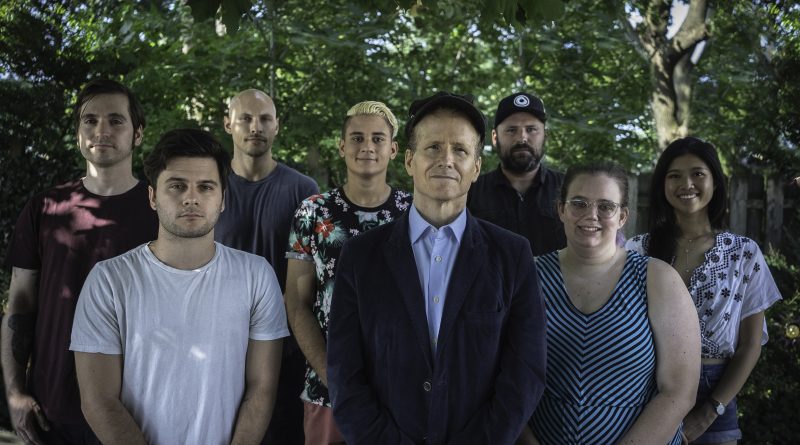 It’s Andy Gesner at HIP Video Promo checking in, and my staff and I are pleased to celebrate HIP Video Promo’s 19th birthday, which took place this past Saturday, October 26th. On behalf of my team and I, we offer up our wholehearted thanks to all the phenomenal creatives, artists, bands, record labels and management companies we’ve had the pleasure to advocate for and work with. We also offer up our profound gratitude to all the video programmers, website and blog partners, decision-makers, and friends of HIP that have supported our daily mission to find the best of the best within Indie Nation and expose them to an international market.

When HIP Video Promo was born on October 26th, 2000, music videos had lost their luster. Music videos were now at the bottom of any band or artist’s priority list when it came to their upcoming marketing push. Not only were they expensive to make, but it was five years before the launch of YouTube; at the time, visual content was not able to be viewed on your computer.

Being proactive, we immediately began reaching out to the records labels, bands, and artists we were most enthusiastic and passionate to work with. It was a significant struggle in 2001 and 2002, but in 2003 our breakthrough moment came: Record label Lost Highway reached out with the Johnny Cash “Hurt” video. Once HIP Video Promo had promoted that video successfully and “Hurt” was nominated for many MTV Video Music Awards, we realized that the sky was indeed the limit. From that point on, approaching labels like Sub Pop, PolyVinyl, Merge, Barsuk, Fat Cat, Fearless, Touch n Go, and Saddle Creek was considerably easier since HIP already had such a massive video under our belt.

From 2003 to 2011, we continued to fight the good fight with an unflappable, top-shelf level of quality we were insisting upon for the videos we promoted. There were many highlights during this period: promoting the first 30 Seconds to Mars video, the first Maroon 5 video, the first Sia video, the first Paramore video, etc. By 2012, music marketing was changing rapidly: the year we promoted The Lumineers’ “Ho Hey” video was the year we came to realize that it was no accident that a large number of our clients were asking about social media marketing. We began to wonder how HIP could help with this exciting new way to connect with music fans.

We figured out a way to be able to use our client’s latest music video to bring new fans to their online platforms. Starting with Facebook marketing, HIP then branched out to Twitter, and then Instagram. I’ve always said that “if you bait your hook with your heart, the fish will always bite.” By reaching out to the most active fans of those bands and artists that our client felt most confident would embrace their musical and visual aesthetic, we found an enormous amount of new potential fans that we could bring into our client’s various online tents. Using their new music video as “bait” has allowed us to usher in an enormous amount of new followers into our clients’ various online tents.

With social media marketing flourishing here at HIP and burgeoning into the new “big thing” for our clients, we didn’t shy away from it or stop there. Always keeping a keen eye on what might become the next big thing, in 2017, we came to realize that Spotify was going to be a major force for independent artists moving forward. That was the year we started to research how we could best help our clients with Spotify promotion. Now, HIP is offering all three important marketing services: music video promotion, social media marketing, and Spotify playlist pitching. And just recently, we have launched a YouTube playlist pitching campaign for select clients. We’ve seen first hand that if you’ve got an outstanding music video and a terrific song, it’s in any creative’s best interest to pitch it to all the parties out there that can move the needle by providing increased exposure.

Nineteen years in, we are now launching HIP Video Productions (hipvideoproductions.com). Over the years, many clients have asked us to recommend a videographer or a video director that was trustworthy to shoot, edit, and produce their next music video. We had always considered this a daunting task because if HIP is going to recommend someone, we needed to know that they would not “call it in” or drop the ball since the clients we work with are looking to us for guidance and sage wisdom they can trust. It’s true: quite often, if you want something done right, you’re going to have to hunker down and do it yourself. Over the last two and a half years, HIP has filmed, edited, and marketed numerous music videos, created many eye-catching lyric videos, as well as lots of “human connecting” social media visual content. We have also produced EPKs and behind-the-scenes clips, and have shot numerous live concerts.

As we enter our 20th year here at HIP Video Promo, we are proud to announce that we are as much of a full-service music promotion company as we’ve ever been. Our services include music video promotion, social media marketing, Spotify promotion, YouTube playlist pitching, and creating music videos and visual content. What will the next 19 years look like? We’re not sure, but one thing is for certain, your music video will continue to be and remain your most powerful and potent piece of marketing currency. It’s important to know that making a must-see video is just half the battle: having it seen by the maximum amount of potential new fans is the other half. You don’t have to go into battle alone! If you need help, support, or a trusted team of musical kindred spirits to help you promote, advocate, and fight the good fight on your behalf, don’t hesitate to reach out to me, Andy Gesner, owner and president of HIP Video Promo. I’ll be more than happy to discuss your next project with you.

Happy 19th birthday to HIP, and huge thanks to all the staff here… you are THE BEST! Here’s to many more!