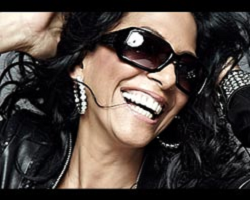 Here at HIP Video Promo, we’ve been working hard to promote music videos since the year 2000. It’s important to us to help younger and independent artists get the recognition they deserve, and it’s exciting to be on the ground floor with artists that become household names (and with over 4300 videos under our belts in 22 years, there are quite a few). Every Friday, we’ll be sharing a “Flashback Friday” video, where we get to reflect on one of our favorite videos from a few years ago.

Sheila E. follows the beat of her own drum both figuratively and literally. She defined her inner beat at the age of three after developing a love for percussive instruments. She was adopted by the Bay Area music scene thanks to her percussionist father Pete Escovedo and musically inclined family members. Her fierce drumming and unique Latin rhythms made her one of the top female musicians of the 1980s. She also had a long-term relationship with iconic singer, Prince, and toured as his opener and even played as his drummer.

Music is more than a past time for Sheila; it’s a tool for inner healing and peace. After experiencing traumatizing abuse at a young age, music was the only stable force she felt she had control over because of the freedom expression that came with it. She uses her talent and resources to heal others that have struggled. Today, our dear client Mychael Gabriel works directly with her as lead guitarist and musical collaborator.

Back in 2014, we worked with Sheila to promote her video “Who I Am Now,” an autobiographical inside into the journey of self-discovery. The music video shows younger Sheila morphing into modern Sheila, symbolizing personal growth and maturity. Today, she has overcome her pain and can come to terms with her struggles. Throughout the ups and downs, there’s always a silver lining.

“Lovely Day” on the other hand, is a sunny clip with uplifting messages and infectious grooves. Director Peter Michael Escovedo displays Sheila in the brightest of lights, sending forth a calm and complacent feeling for viewers. The viewers watch the early stages of love in the making, causing our hearts to swell up.

Her next two videos we worked on with her are “Fiesta” (Ft. B. Slade) & “Mona Lisa.” “Fiesta” is a celebration of the vibrant culture of the Bright Side of the Bay. While “Mona Lisa” is an inferno of hypnotic rhythm that cannot be denied.

Due to the current political turmoil occurring in America, Sheila decided to speak out with a strong message in her music video “Funky National Anthem Message 2 America,” released in 2017. Giving the original National Anthem an upbeat twist, Sheila leads a march down the street including people of all ages, races, and genders. Kids and young adults mouth Martin Luther King Jr’s famous speech, symbolizing the power they will soon have to fix our social divide. “Funky National Anthem Message 2 America” is the perfect song that showcases the activist inside Sheila and her determination to help her community.