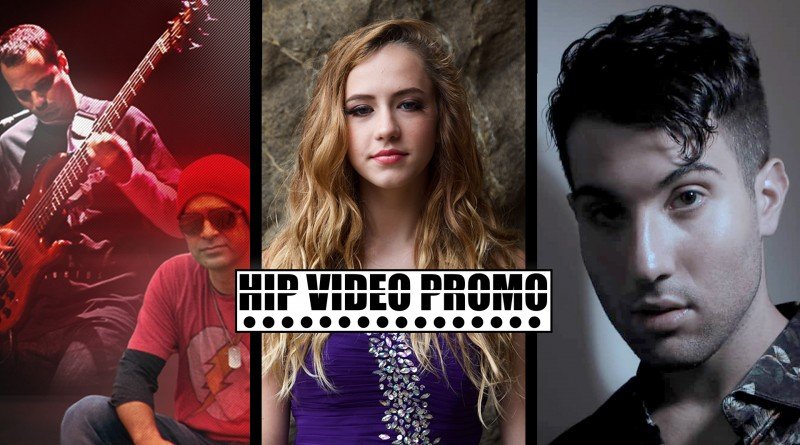 Every December, the music industry experiences a slowdown, with fewer artists creating and releasing new material. The action here at HIP Video Promo has yet to pause though, and we’ve always got new music videos to share with our beloved programmers. The newest HIP Picks – Weekly Client Roundup video gives you the low-down on some of our current projects, and we’ll tell you a little bit about each one below.

Relationships can be wonderful, but they can also be difficult. New Jersey native Myles Marcus knows this all too well as his heartbreaking new single “Crazy” details the realities of being with someone who struggles with addiction. From going through “four years of songwriting boot-camp” while studying at Berklee College of Music to signing an artist development deal with Roy Hamilton (producer, musician, and former Director of A&R at Capitol Records) and moving to Toronto, Marcus has always been driven to make his dream come true. “Crazy” is a heart-fluttering pop smash, but it’s really only the beginning of his surely promising career.

“If you believe it, you can do it.” That’s the message behind Alexa Friedman‘s new single “Meant To Be”, and there’s no better artist to share that story. At Only 14 years old, Alexa is already working the acting, singing, and dancing circuit in Los Angeles, having appeared in several TV shows already (The Middle, School of Rock, and Walk The Prank), working with vocal coach and songwriter Estani Frizzell, and releasing her debut single “Enraptured” earlier this year. Filmed on a picturesque slice of coastline, “Meant To Be” captures the feeling of bliss that comes along with blossoming into the next stage of life, and with the undeniable and unmatched confidence and talent, we have no hesitations in saying Alexa Friedman is sure to become a star.

Some say that an artist is their story, and in the case of Caracas, Venezuela hard rock outfit DYK, their story has become a life-long journey. While DYK formed in 2015, drummer / producer / songwriter JE Zerpa and bassist / backing vocalist Oscar Fanega began playing together back in 1986. Their newest single “The Procrastinator” fuses progressive rock, metal, and electronic music for a never-before-heard type of rock that the world has been waiting for. The video for “The Procrastinator” showcases a day in the life of a true procrastinator, and for anyone who’s known to put things off, it’s entirely relatable.