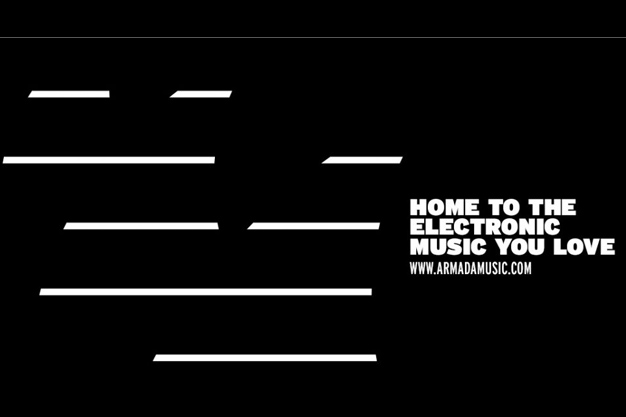 Over the last 20 years, HIP Video Promo has had the great pleasure of working with some of the most outstanding and iconic record companies within the music industry. Every Tuesday, we’ll be going down memory lane to talk about some of our favorite record labels we’ve worked with here at HIP. This week, we’re showcasing Armada Music Group.

Armada Music Group is a Dutch independent record label founded in 2003 by Armin van Buuren, Maykel Piron, and David Lewis. The name Armada comes from the first two letters of each of the founder’s name. Their specialty is electronic music, and they’re known for being one of the biggest independent labels in the world. In 2014 Armada received two nominations at the IDMA’s and won the People’s Voice Award at the 2014 Webby Awards under The Academy of Electronic Music. As of December of 2015, they had won the Best Global Record Label award five years in a row at the IDMAs (International Dance Music Awards). The most recent award they’ve secured under their belt is the IMPALA Young Label Spotlight Award, which was part of the FIVEUNDERFIFTEEN campaign to shine a light on Europe’s most inspiring young labels. They’ve left quite a mark on the music world.

Throughout the years, Armada has had their share of amazingly talented artists, and we’ve had the pleasure of being able to work with some of them here at HIP Video Promo. One of the first artists we’ve ever had the pleasure of working with is the man himself, Armin van Buuren.

In 2013, we had the honor of working with Armin van Buuren for the first time. Born in Leiden, Netherlands, Armin found his musical calling at the age of 14 and found inspiration through French electronic composer Jean Michael Jarre. Since 2007 Armin has had non-stop success when it comes to album releases. In 2013, HIP Video Promo stepped in to help with his video “This Is What It Feels Like” in collaboration with Trevor Guthrie. The video takes place on an open dusty desert where Armin and Trevor have an intense race in their Mustang Cobras, all for the heart of a beautiful woman.

Since then, HIP Video Promo has the honor of working with Armin van Buuren four more times! The second video we had the pleasure of promoting was “Another You,” featuring Mr.Probz in 2015. This video has a calmer vibe to it; however, the theme of winning the heart of a beautiful woman is still going strong. It follows a young man through the city streets trying to find this girl. Soon he finds her at a club with Armin and Mr. Probz. The video ends on a bit of a cliffhanger as the viewers wonder what happens next.

The next Armin van Buuren video we helped promote was the “Strong Ones” music video featuring Cimo Fränkel later in 2015. Shot on the beautiful beaches of Portugal, a forbidden love story unfolds. When a father forbids his daughter’s love, it only pushes her more.

Following that, in 2016, we promoted the “Heading Up High” music video featuring Kensington. Things start to shake up in this video. Here, we’re inside a dome-shaped prison, and the inmates are itching for a way out. They use the rock-solid sounds as motivation to get out. The last and final Armin van Buuren video we had the honor of working on was the “Freefall” music video, featuring BullySongs, in 2016. Armin shakes things up again with his fourth single from Embrace. In this video, see jumpers sailing over the rich Dutch countryside with shots of the Island of Texel and the North Sea. Just like Armin and his music, the video is adventurous and breathtaking, and always fresh.

Another Armada act we’ve had the pleasure of working with is Dimitri Vegas & Like Mike vs. Ummet Ozcan. On April 20th, 2015, they released what would become a massive hit, “The Hum”, with a world premiere on Smash The House. The boundaries were completely pushed in this stellar video. It’s a wild and chaotic party where people like Charlie Sheen and Jean Claude Van Damme have an invite. It’s your typical Hollywood wild ride of a party that will be impossible to forget.

Next up on the Armada artist list is Dash Berlin. Berlin’s breakthrough came in 2007 with “‘ Till The Sky Falls Down.” In 2015 HIP Video Promo promoted his video for “For This Is Who We Are” in collaboration with Syzz. In this video were transported to the vibrant city of Jakarta, Indonesia; Dash and Syzz are joined by a beautiful woman. With the high-speed heist fully underway, Dash sneaks in only to get caught shortly after and then flee again. Then it kicks into high gear with jet skis, helicopters, and a yacht to bring this exhilarating, heart-racing video to an end.

Another Armada artist we’ve had the pleasure of working with is Breathe Carolina. Bursting out onto the scene in 2008, Breathe Carolina has established a beautiful balance between new electronic music and rock n’ roll. Their album Savages came in at #1 on Billboard’s Dance/Electronic Albums chart. In 2015, HIP promoted their video for “Platinum Hearts” feat Karra. The video follows a man and woman as they frantically run through the city, trying to find each other, following their own hearts to find one another before time runs out. Paired with a live performance, this video is nothing less than epic.

Last but not least, the most recent Armada artists we’ve had the pleasure of working with is Sultan + Shepard. Based in Montreal, Sultan and Shepard have created a league all their own with their electronic music. They’ve been stacking up the recognition with their Grammy-nominated remix of Bruno Mars’ “Locked Out of Heaven,” a co-write for the David Guetta smash hit “Bad,” and a collab with Dillon Francis – and that’s just scratching the surface. In 2016, HIP worked with them for the “Bring Me Back” ft. Kreesha Turner. The video brings a nostalgic note with black and white film and old photos of Kreesha from her past. It embodies the essence of the West Coast and enhances the daydreamer in all of us.