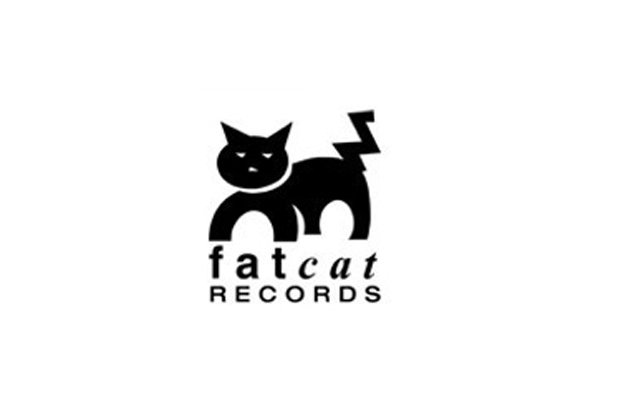 Over the last 20 years, HIP Video Promo has enjoyed working with some of the most outstanding and iconic record companies within the music industry. Every Tuesday, we’ll go down memory lane and talking about some of our favorite record labels we’ve worked with in the past. On this Record Label Tuesday, we’re continuing with the fantastic FatCat Records.

FatCat Records is an English independent record label founded in Brighton in 1997 by David Cawley and Alexander Knight. Their reputation comes from all the different music styles they’ve dabbled with, including indie-rock, avant-garde, electronic, and folk. The record label first got its start in 1989 in West Sussex, when founders Alex and David originally formed a record store. That store then moved to London in the ’90s, where their main focus was Detroit and Chicago based house music. The store ultimately closed down, and FatCat was born in its place. It would move to Brighton in 2001.

The 2000s brought a lot of signings and a whole bunch of releases with that. One of those bands was Icelandic experimental music band Múm, and the release of Set Fire To Flames’ album Sings Reign Rebuilder. Fast forward five years, and FatCat was already expanding across the pond. In 2004 FatCat opened an office in New York City and the FatCat publishing arm. That same year FatCat signed Blood On The Wall, Nina Nastasia, No Age, and Songs Of Green Pheasant. In the following years came even more releases and even more success for FatCat. 2013 saw the release of TRAAMS’s debut album, and the next year came The Twilight Sad’s fourth studio album, Nobody Wants to Be Here & Nobody Wants to Leave.

Way back in August 2007, HIP Video Promo worked with Múm for the very first time. This experimental Icelandic band has concocted a sound all their own, and it’s undeniably stellar. One thing is for certain: this band ditched normal from the very beginning. Their album Go Go Smear The Poison Ivy is heavy on acoustic instruments, but that’s where the simplicity ends. Within the album, there’s piano, warm strings, hushed vocals, and just truly indescribable sounds. In August 2007, HIP Video Promo promoted their video for “They Made Frogs Smoke ‘Til They Exploded”. This animated music video plays like a movie and perfectly sums up the hypnotic feel Múm’s music gives off. The video shows clips of short-living happy things like boy scouts out in nature or smiling children and adults. But as the video goes on, we see these ideals and images mangled by blood and fangs and the shriveled-up paper. The process of the video and the story is the perfect representation of Múm.

The second video we promoted for Múm was the “Sing Along” video back in October 2009. Like many other Múm songs and videos, “Sing Along” is weird and strange and flat out beautiful. The video is no exception either. The set is split between a family farm and the top of a mountain, where we meet a shaman. A stag falls from the sky in a bed of flowers and starts to sing while he’s taken away. The stag’s presence changes everyone’s personality, and the entire farmhouse becomes giddier and more childlike. All this just to for things to get worse and the stag to ultimately get burned. It’s a crazy and wild ride and is sure to keep you on your toes.

Another FatCat artist we’ve gotten to work with is Frightened Rabbit. This band quickly became a new favorite in America with their debut album, and they’ve kept that high profile ever since. These Scottish boys have toured around the country and have even made appearances at music fests like SXSW. They’ve even had their fair share of TV features with shows like One Tree Hill. To say people were anxious for their follow up album The Midnight Organ Fight would be an understatement. This time, the sound was more polished and was more mature sounding than the previous album. In March 2008, HIP Video Promo promoted their video for their lead single “Head Rolls Off”. This video is a blast from the past as the band performs in an elementary school. The empty seats and unused blackboards soon get replaced by well-behaved kindergartners. They all have their own personalities and all respond to the music individually. They are the future of indie music, and it looks promising.

The second Frightened Rabbit video we promoted was their “I Feel Better” video in October 2008. This animated video tells the story of an artist as he goes through his day-to-day routine, but of course, there’s more to the story. Our character soon realizes he’s surrounded by red arrows, all pointing towards a different option. Every choice he doesn’t make shows him a parallel universe and a possible future. It’s animated in rich stark black lines, sophisticated and heartwarming. It doesn’t get much better than this in terms of music videos.

The last video we promoted for Frightened Rabbit was the “Nothing Like You” video in March 2010. It was their very first single in America, and it was one their fans were waiting for. This time the video was directed by the band themselves and bring the band’s personality into the production. It starts with Hutchinson being shot through a cardboard frame, and random hands clean him up. After that, the party kicks off with a beautiful woman decked out in FR merch. There’s zero concept to this video, and it’s all good, chaotic fun, just like the band members.

Up next on our list of FatCat artists we’ve worked with is We Were Promised Jetpacks. Following the footprints of labelmates Frightened Rabbit, We Were Promised Jetpacks also took a leap across the ocean from Scotland and embarked on a fantastic musical journey. That’s where the similarities stop, though. WWPJ’s sound is edgier and pulls from stormy rock as opposed to the indie-folk music of their fellow Scots. In July 2009, HIP Video Promo promoted their video for their first American single, “Roll Up Your Sleeves”. Director Mark Charlton has a technique unlike any other director, and it’s no wonder why so many artists want to work with him. Images of the band are flashed on man-shaped cut-outs as they get constantly rearranged. Behind them are hypnotic triangles that move and sway to the music. It’s a dusty real-life version of your childhood kaleidoscope.

The second video we promoted for WWPJ was the “Medicine” video in September 2011. In this video, we dive into the world of Japanese anime, although it’s not so cute. It starts off typical and calm as a teenage boy tries to enjoy his lunch. Then he’s rudely interrupted when he gets attacked by a villainous girl. The two go face to face and start to battle each other on top of rooftops, with special effects included. If you’ve ever wanted to be in an anime action comic, watch this video.

Last but not least, we’ve worked with Breton. This band doesn’t hold back when it comes to creating their sound. Picking pieces of other genres and chopping them up and mixing them until they get the perfect magical combination. The band formed in 2010, but the music at first had nothing to do with it; it started as a bunch of filmmaking friends trying to get their films seen. Soon after that, they got into soundscapes, live performances, and soundtracks. In April 2012, HIP promoted two of their videos. The first was “Edward The Confessor”. This video is filled to the brim with angst and blurry shots of the band performing. A group of young adults stares down the camera, and we’re able to see every expression and emotion on their faces. They’re not happy. The second video we promoted was for “Interference.” This video has a more upbeat tempo, and it’s shot from over someone’s shoulder. It’s all calm as Breton goes through their day of waking up, taking kids to school, and occasionally chasing people down and holding them hostage. There’s nothing sinister and malicious going on here; just make sure you don’t get in his way.

In its 23 years of business, FatCat Records has quite the successful run so far, and there’s no sign of them slowing down anytime soon. The number of successful artists they have under their belt is almost hard to believe. They’re not just your conventional artists either; in one way or another, they’ve pushed the boundaries of what we know when it comes to music. They continue to push the envelope, and that’s what makes FatCat such an iconic record label.