How to book a successful tour? Greg Hoy on HIP To The Scene EP 12 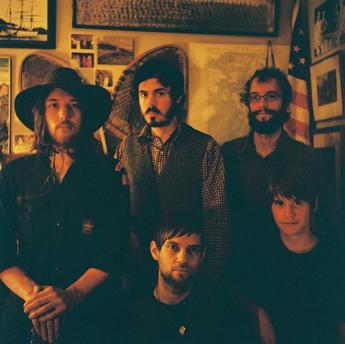 Natural sweetness, slight nostalgia, and quiet humbleness are all feelings and sentiments that resonate whenever Fleet Foxes’ beautiful melodies are played. Hailing from Seattle, Washington, the five-person band mixes classic rock with British folk while incorporating their own earthy infused harmony. After a name change and financial shortages to record, the group gathered together and recorded most of their beginning tracks in the various band members’ apartments and basements. While gaining some traction in the United States, most of their success was made in Europe.

With the earth as Fleet Foxes’ main muse, their lyrics often include subjects of organic romance and simple joys of life. Their musical warmth garnered the attention of not only listeners but record labels. Signing to the label Sub Pop, a subsidiary to Warner Music in 2008, Fleet Foxes released their EP Sun Giants. Joining them on their second studio album, Helplessness Blues was singer/songwriter J. Tillman who later reinvented himself as Father John Misty.

The first song we teamed up with Fleet Foxes for, which also happens to be one of their biggest hits is, “White Winter Hymnal.” This cozy winter-psalm stresses harmony, simple three- and four-part block harmony, which illustrates the smooth layering and elegant simplicity. The main character of the music video, perhaps a God of the weather, oversees the changing seasons through a simple turn of a wheel. As the snow melts and flowers open, the emotional intensity of the clip is defined by all of the earth’s beautiful creations.

“He Doesn’t Know Why” is the second video we promoted in November 2008. That summer, Fleet Foxes reached the top of the CMJ chart. The music video finds the band playing to an attentive herd of goats, almost mesmerized by the beauty of the song.

The music video for “Mykonos” has a dream-haunted theme. The trippy animations are abstract, kaleidoscopic, slightly sinister, and immensely gripping. Director, Sean Pecknold, experiments with configurations, patterns, geometry, and shadows.

The indie-folk band then released, “Grown Ocean,” an enchanting and instrument-focused composition. Filmed in the perspective of a home video travelogue, the music video is all about dreams.

The symbolic song regarding lyrics and musical tone, “The Shrine / An Argument” has three different themes when the words take different turns. The first is consistency, the second is urgency, and the third part is emotion.

After a six-year hiatus, due to a necessary college break for the band’s frontman, Robin Pecknold, Fleet Foxes comes back with a strong rebound in 2017. A mellow, but still beautiful tune “If You Need to, Keep Time on Me” is paced so the small amount of lyrics, can fully sink into the listener. This soothing tune triggers old memories. Take a listen below:

We’ve been big fans of Fleet Foxes for a long time, and we can’t wait to see what budding artist becomes the next break-out star. Do you think your video has what it takes to be the next worldwide smash hit? Get in touch with Andy Gesner and the rest of the HIP Video Promo team by giving us a call at (732)-613-1779 or emailing us at info@HIPVideoPromo.com.