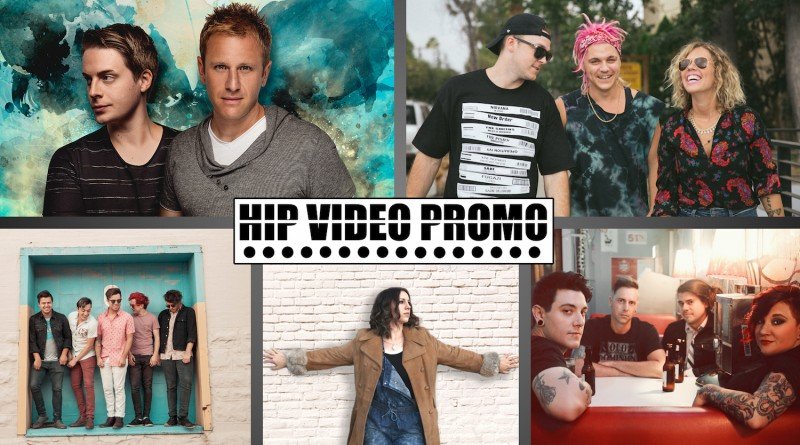 Just a few years ago, artists would release their new albums on Tuesdays. That model has shifted and artists now typically release albums on Fridays, but here at HIP we like to share the newest videos we have with you on Tuesdays. It’s a great way to brighten up the start of the week, and boy, is this week going to be good! We have five videos to share with you this time around, and three of the five artists we’re thrilled to partner with call Austin, Texas- the live music capital of the world!- their home. The newest HIP Picks – Weekly Client Roundup video gives you the low-down on some of our current projects, and we’ll tell you a little bit about each one below.

2017 has been another monumental year for EDM duo Tritonal, who have taken the main stage at New York City’s Electric Zoo and Chicago’s Lollapalooza as well as reached over 120 million total streams on Spotify. After “Anchor”, “Gamma Gamma”,  “Blackout”, “Strangers”, and most recently “Good Thing”, their latest effort is the visual for “Call Me”, which centers around a young couple at a small house party in the middle of the woods. They create a dream-like getaway wherever they go, and their adventures prove that true love will always shine through, even on the darkest days.

Over in Los Angeles is another EDM duo, BRKLYN, who have been building their fanbase through a steady stream of singles that see them gaining traction on Spotify (where they have over 205,000 monthly listeners- impressive!), as well as helping secure club residences in Las Vegas, San Diego, and Los Angeles.  BRKLYN’s newest single “I’m On Somethin'” features Jocelyn Alice (who’s signed to the Chainsmokers’ label Disruptor/Sony) on guest vocals, and the song has been in rotation on Sirius XM BPM this fall. The “I’m On Somethin'” video begins at a party under the sun, but that’s soon moved up to a rooftop for a picture-perfect view of the sunset.

Austin is home to plenty of promising musical talent, and fans of alternative/ indie-pop should check out up-and-coming quintet Shadow of Whales. The group released their latest EP What We Do in August, and the single “Runaway” is a rebel anthem of this generation’s fight for individual freedom. The video for “Runaway” follows a female protagonist named Jane, who realizes she needs to make a change in her life and leaves home to join Shadow of Whales on tour. On the road, she learns valuable lessons, faces her demons, and takes control of her life.

The third Austin-based act we’re bringing you this week is a group called Those Damn Eyes, a rock group destined to make their city proud. Frontwoman Meredith Williams made her debut with the group on the new track “Give and Take”, and from her vengeful lyrics to the crunching guitar tones, one thing is clear: she is not to be messed with. The music video kicks off with Williams leaving a voicemail for a former lover, before she and her henchmen spring into action, teaching him a lesson.

Who doesn’t love a good alternative rock band? We’ve been fans of Jane N’ The Jungle since we first shared the “Faded Stars” video this spring, it was a thrill to partner with them for “Killed Someone” this summer, and now we’re elated to bring you the video for “One Time.” The Phoeniz, AZ natives have brought us their most personal effort to date, as frontwoman Jordan White walks around her neighborhood and tells her story, accompanied by a simple acoustic guitar track.  It’s a burst of raw emotion sure to strike the right chords to evoke emotion in just about anyone.