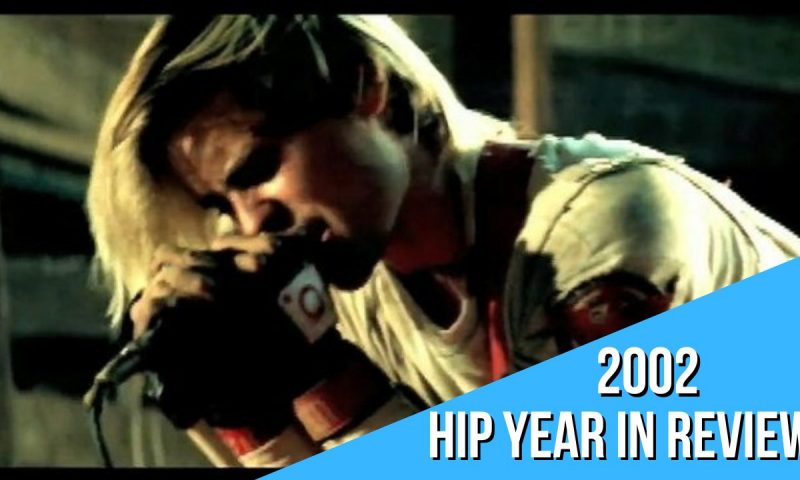 It’s hard to believe HIP has promoted over 4200 music videos since starting as a music video promotion company in the year 2000! It’s been extremely rewarding being on the frontlines with aspiring independent artists and helping their magnificent musical creations find their respective places in the sun.

In 2002, when HIP was still in its early stages, the world was also making great strides with lots of new and exciting developments that would have a profound impact then and thereafter. It was then that Fox premiered American Idol, for which the season 1 winner turned out to be Kelly Clarkson. Apple released the second-generation iPod, holding a then-whopping 20 gigabytes of storage space. Sanyo SCP-5300 gave us the first cell phone to have a built-in camera.

30 Seconds to Mars – “Capricorn (A Brand New Name)” – Jared Leto was one of the most acclaimed heartthrobs of the mid-’90s and 2000s. Much of his fan base from his previous role as Jordan Catalano on My So-Called Life could not resist the temptation of following him and his brother, Shannon Leto, on their freshly forming musical adventure. We had the honor of teaming up with them with their debut music video “Capricorn (A Brand New Name)” from their self-titled album, 30 Seconds to Mars. The song connected with the turn of events in Jared’s life as he balanced his acting and musical careers. At the same time, the lyrics spoke to the youth of the time who were finding their own paths and ways to who they are and what they are meant to be known for. This iconic music video was precisely what the band needed to get people to recognize them as a force to be reckoned with on their own and welcome all into this new chapter of Jared’s journey.

Basement Jaxx – “Where’s Your Head At?” – It should come as no surprise that the Basement Jaxx have won countless awards and landed multiple top charting hits for their infectiously catchy and lively electronic music. The duo, Felix Buxton and Simon Ratcliff, have had the innate skill and capacity to create some of the top dance club tracks of this period from their early start. Following its release, the “Where’s Your Head At?” music video received a Graphite Pencil at the D&AD Awards, Best Directional Debut at the MVPA Awards, and Best International Video at the Viva Comet Awards. It took place in a science lab training monkeys to perform music, the bandmates taking on the roles of the exaggeratedly humanized animals. Eventually, the monkeys attack in rebellion against their exploitation for entertainment, and the character playing the music industry representative realizes that he was on his way to becoming the next primate performer. Despite coming across as a bit strange and unusual, the story holds audience’s attention with its oddball-ness years later, and the song itself is a classic, unforgettable Basement Jaxx success.

Blind Boys of Alabama – “Higher Ground” – The Grammy Award-winning gospel group introduced a whole new take on this Stevie Wonder original with their 2002 debut. With the state of the world two decades later, their uplifting delivery of this already soulful single about passion and persistence through all life’s ups and downs is still highly relevant and transferable to today’s listeners. The Blind Boys of Alabama joined forces when they met in the Alabama Institute for the Negro Blind in 1939, and ever since, they have blessed the ears of everyone who has had their music cross their screens. The visual transitioning from black and white to color helps to display the progression of their spiritual impact throughout the song. Overall, their sweet harmonies have eternal qualities that never fail to satisfy.

Mudhoney – “Sonic Infusion” – Before there was Nirvana, there was Mudhoney. Their Seattle-born psychedelic rock and grunge tracks laid the foundation for others entering that fresh genre/style. “Sonic Infusion” rolled out with Mudhoney’s album Since We’ve Become Translucent. In essence, it showcased deep and striking guitar lines with rock staple drum-driven beats to support the raspy and powerful vocals. The video had a strong sci-fi influence that provided viewers with a unique frame of mind to soak in this thrilling release. Fast forward to more recent years, Mudhoney gave us the Pedazo De Pastel album in 2019 and has gone on to celebrate their musical past with posts and reprise recordings in honor of their major anniversaries. Now, they are still together and preparing for their tour in fall 2022. We plan to keep Mudhoney on our radar with the hopes the band will be sharing more exhilarating, noteworthy hits down the line too.

Hayden – “Dynamite Walls” – Last but not least, the talented singer/songwriter Hayden let listeners come along for the ride down memory lane of “touring by van.” His mellow, easygoing lyrical performance packs “Dynamite Walls” with unmatched genuineness and wholehearted reminiscence. Simultaneously, the song reminds audiences to see the beauty of every single moment in life, even the ones that may not seem ideal at the time. Even today, when you scroll through the music video’s YouTube comments, it is clear that fans and followers adored this Hayden single and its accompanying album, Skyscraper National Park.