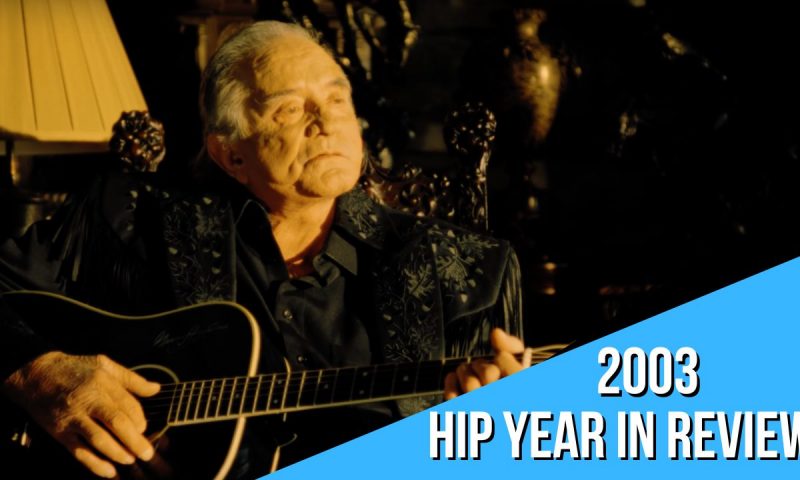 For over 21 years, the HIP team has been fighting the good fight with our talented creatives to secure exposure for their music videos. Today, we’re rewinding to 2003, a year filled with major defining milestones. It was the year that Apple launched iTunes as the main digital music store and player for its devices. MySpace was boasting 250 million users. Disney-Pixar’s award-winning animated film, Finding Nemo, debuted in theaters.

Along with these and other undeniably impactful events, there was no shortage of incredible musical feats meeting the world during this point in time.

Below are some of the top stand-out music videos that HIP Video Promo championed in 2003:

Jet – “Are You Gonna Be My Girl”  – 136,874,828 views – Australian alt-rock/punk band Jet has caught the attention of a variety of audiences, but they started their career like many others. After falling in love with the genre’s gems and idolizing the industry’s rock greats, Jet formed and began putting their influences’ impact to work by making their own music in an attempt to make it big. They struck gold with “Are You Gonna Be My Girl” from their debut album, Get Born. The song even earned a feature in a widely-aired commercial for the iPod, serving as a large platform for exposure. We were lucky to have worked with Jet at the ground level for this music video fated for greatness. Their raw and powerful energy lives on.

Death Cab for Cutie – “The New Year” – 136,874,973 views – Now one of alternative and indie rock’s most cherished artists, it was an honor partnering with Death Cab for Cutie to finish the year with this video. The meticulously-crafted story in the video for “The New Year” presented various individuals ringing in the new year and the spirit that comes with setting resolutions (or lack thereof) and welcoming all the experiences to go with a fresh start. “The New Year” was just the beginning of our journey in helping this band with their climb to the top. They have been nominated for eight Grammy Awards and four MTV Video Music Awards, winning best editing for their “I Will Possess Your Heart” music video in 2008. With an extensive and ever-growing discography, we remain eager to see what else Death Cab For Cutie has in store for the future.

Massive Attack – “Special Cases” – 4,805,777 views – We’ve been big fans of Massive Attack since day one, and we still are as they make music that holds true to their creative integrity and vision. Their distinctive radical scientific imagery was sent our way with the music video for “Special Cases,” a track off of their album 100th Window. The video went on to question life itself in a way that is not for the weak at heart. Massive Attack, who have found great success with multiple charting and award-winning hits, are known to bring the reality of our existence and the creation of humanity to the fore through its riveting electronic rock sound. The depth of their talent and releases never cease to amaze us, even two decades later as we reflect on their profound innovation and influence in their time.

Blur – “Out of Time” – 3,919,639 views – Blur didn’t take long to achieve such widespread popularity among a whole bunch of new fans. In 1991, their U.K.-based support was abundant from the moment they released their first album, Leisure. The first single from the album, “She’s So High,” ended up charting in the top 50, and their second single, “There’s No Other Way,” made it to the top 10. Packing punch early on, they went on to release hit after hit. HIP worked with Blur in 2003 to promote their “Out of Time” music video. The timeless story captures a young sailor longing for a lost love. It was well-received internationally, charting above 20 in several countries. To this day, the band is still dishing out exceptional tracks adored by new and returning fans everywhere.

The Rocket Summer – “Skies So Blue” – 161,431 views – With The Rocket Summer’s 2003 debut album Calendar Days came the single “Skies So Blue.” The song was loaded with all that makes 2003’s music so iconic, now delivering great nostalgia today. Its upbeat instrumental backs the songwriting excellence from impassioned then-teenager Bryce Avary perfectly. His performance enthusiasm can’t be missed, with a smile that lights up our screens throughout the video. From this point forward, The Rocket Summer’s career skyrocketed with other fantastic releases as recent as 2020. We’ll be staying tuned with his journey with the hopes he shares other outstanding projects with the world at large again soon.

Cursive – “The Recluse” – 470,738 views – Showing no signs of stopping their continuous rise since the 1990s, Cursive came to us in 2003 with their “The Recluse” music video amidst an ongoing flood of critical appreciation. The crisp rock vocals and catchy, moving instrumental had this song set to be met with high esteem. With it, the visual went on to with an enthralling plot that held the audience’s attention with its unique creative flair. Considering Cursive just wrapped up their 2022 US tour and has more live performances coming up this fall, we’re confident that more great things are on the horizon for this epic trio.

The Shins – “The Past And Pending” – 139,018 views – The Shins’ stellar artistry didn’t begin with intentions of taking over the industry with quite the force they ended up having. In its early days, it was a side project for lead vocalist James Mercer. In 2003, we were a part of The Shins’ ride to success with the video for “The Past And Pending,” which covers adventures in life and road-tripping. It captured each precious moment and breathtaking sight to be seen and experienced. Looking back now, “The Past and Pending” still serves as a much-needed reminder to never take those things for granted. With more to see and do than possible in a lifetime, the depth and authenticity have stuck with us to this day.

Johnny Cash – “Hurt” – 171,439,011 views – Johnny Cash’s “Hurt” video was a turning point for HIP, proving our ability to recognize and share great talents with the world. Every so often, we get the pleasure of working with a true legend, and one of our favorite artists we’ve worked with is the one and only Johnny Cash. By August 2003, the “Hurt” video had gripped the world. MTV nominated it for six VMAs and went on to win for best cinematography, despite health problems preventing him from making a live appearance. The world grieved his loss in September of the same year, and while it has been just short of two decades since then, this is one campaign we always remember fondly.