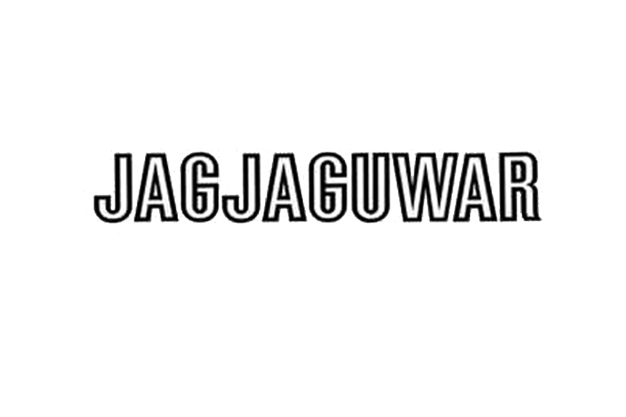 Over the last 20 years, HIP Video Promo has had the pleasure of working with some of the most outstanding and iconic record companies within the music industry. Every Tuesday we’ll godown memory lane and talking about some of our favorite record labels we’ve worked with in the past. On this Record Label Tuesday, we’re continuing with the incredible Jagjaguwar Records.

Jagjaguwar is an American independent record label founded in 1996 by Darius Van Arman in Bloomington, Indiana. This is another label that got its start in the dorm rooms of a university. At the University of Virginia, super senior Darius Van Arman met friend Adam Busch who was looking for a way to get his band recorded. That band, The Curious Digit, would become the first signed under Darius’ record label and their album Bombay Aloo was the very first release. The unusual name comes from the childhood favorite game Dungeons & Dragons. The name was found by using a game name generator and they went with the first name that came up. The band Drunk was shortly signed to the band and was booked to play at Tokyo Rose.

In 1999 came the addition of future label partner Chris Swanson, who at the time was already the part owner of Secretly Canadian records. That was also the year Van Arman moved and relocated to Bloomington which would then lead to more offices in New York, Los Angeles, Chicago, Austin, London, Paris, Amsterdam, and Berlin. In 2001 they received a demo from a folk band in Austin, TX called Okkervil River. The more they released, the more their revenue grew and so did the revenue of the entire label. Six years later, Wisconsin native Bon Iver was signed to the label. His self-recorded debut album For Emma, Forever Ago sold out in its first few weeks and his following self-titled album went gold. He also has videos closing in on nearly 100 million views, which we’re honored to be a part of. Jagjaguwar is a forcedto be reckoned with all over the world and especially in the music industry.

Back in 2005 HIP Video Promo worked with Okkervil River for the very first time. This storytelling band is led by photogenic Will Robinson Sheff, a New Hampshire boy with a mind full of stories and poetry and novelistic artistry. The crowds this band draws are no joke; they’re are serious and are hanging on to every literary word. Their album Down The River Of Golden Dreams was voted one of the top 10 albums in 2003 by Magnet magazine. In July 2005 HIP Video Promo promoted their video for “For Real”. The video is an animated clip of dark greys, stark black and white and muted blues and greens. It shares the same desperate emotions as the song. The cartoon characters look overwhelmed and troubled by their surroundings, even when it changes to blue skies and open roads. There’s monsters and a flaming forest. The muted colors and simplistic animation give off a haunted feel that will stay with you long after the video is over.

The second video HIP promoted for Okkervil River was “Our Life Is Not A Movie or Maybe”, in September 2007. Their follow-up album Black Sheep Boy was one fans were beyond anxious to get their hands on, and once they did, their expectations were certainly met. For this clip, we’re brought into the middle of a vintage, smoke filled motel room where an investigation seems to be taking place. What looks like a crime scene ends up being a movie scene where the band takes the place of the directors. A glitchy old television is at the center of the clip as different scenarios of different couples play out, all while the band performs around the tiny motel room. It’s a blast from the past with this video.

The last video we promoted for Okkervil River was their “Wake And Be Fine” video in April 2011. This video takes a step back to the animated feel of the “For Real” video. It shows the band as they perform in stark black and white but with a glitchy and buffering effect that makes it look animated or like a comic strip. Lyrics flash in bold black letters behind the band make it easy for viewers to sing along. It’s a hypnotizing video and will leave you in a trance.

Another Jagjaguwar artist we’ve had the pleasure of working with is Dinosaur Jr.. In 2005 guitarist and singer J Masics, bassist Lou Barlow, and drummer Murph reunited and re-formed the beloved band. Dinosaur Jr. created some of the best landmark albums of the ‘80s and were an inspiration for punk/grunge icon Kurt Cobain. In 2005 came the release of their album Beyond, the first album of new music released in about 20 years. In June of that year, HIP promoted their video for “Over It”. The video was shot at the Tallahassee, Gainesville, and Augusta dates of their tour. The Southern calm is interrupted by skateboard and BMX bicycle tricks. It’s a metaphor for the band being back together but also for the amount of energy they still create after two decades of no music. It’s chaotic and energetic and everything Dinosaur Jr. will always be.

The next Jagjaguwar artist we worked with is Black Mountain. Black Mountain takes us all the way back to psychedelic era of the ‘70s. In July 2010, we promoted their video for “Old Fangs”. In this clip, lead guitarist and vocalist Stephen McBean goes on a road trip he’s unlikely to forget… or maybe he will. The video itself is framed with rounded boarders and red and orange camera flares. This isn’t your typical drive; this road trip is filled with three witches, a lady in white, an abandoned road and an eerie motel room. It’s a scene straight out of a horror movie and a feeling of eerie you can’t shake.

The second video we promoted for Black Mountain was for “The Hair Song” in September 2010. The video acts as a follow-up video to the “Old Fangs” clip, but not nearly as creepy. The band performs on the ruins of an old building as the video clip goes on, following the everyday lives of a small-town boy and girl. The boy spends his day skateboarding through the desolate town while the girl hangs out with her small group of friends. The two come face to face as they cross the same bridge and they share a very coy look. They separate for a short time just to be reunited in the woods conveniently where Black Mountain just so happens to be performing. It’s your classic rock n’ roll, alternative music love story.

The last but certainly not least Jagjaguwar artist we’ve gotten the honor of working is Bon Iver. Bon Iver is the perfect example of a success story that not many people saw coming. The projected came from Wisconsin boy Justin Vernon who was tucked away in a cabin recovering from one nasty break up. Creativity struck him when he least expected it and ended up recording one of the highest rated albums in all of 2008. For Emma, Forever Ago received several “album of the months” and earned the number 11 spot on Stereogum “Best Album of 2000s” list. His songs have been featured in shows like One Tree Hill and Grey’s Anatomy in the Twilight Saga: New Moon movie. In June 2011 HIP Video Promo promoted Bon Iver’s video for “Calgary,” a highly anticipated release at the time. The video follows a beautiful girl as she first starts off as a projection on an all-white bed. She eventually starts to take physical as she wakes up in a dark and muddy cave. As she comes out she’s reunited with her other half, a young man who appears to be just as dirty as she is. As they stay in this world, they discover others just like them. It’s a stunning and breath-taking video.

The second Bon Iver video we promoted was “Holocene” in September 2011, this video currently has close to 100 million views. This video will make you want to book your next flight to Iceland (once the pandemic is over, of course). The video perfectly encapsulates discovering and exploring a new world. It was a place director Nabil Elderkin and Bon Iver had to go for this video. The video is so stunning that National Geographic wanted to the flow of the song matches the breath-taking landscape and the video will make you feel like a little kid again when it comes to exploring some place new.

The last video we promoted for him was “Towers” in March 2012. The little boy in the “Holocene” video has grown up into weathered and grey old man. His tiny house is scattered with drawings of what looks like cellphone or radio towers. The rest of the video follows the old man as he goes for a fishing trip in the Pacific Northwest, where the beautiful serene landscape is interrupted. It’s interrupted by of course the towers Bon Iver sings about. The purpose of this fishing trip becomes clear, it wasn’t for fish but to reach the towers. Unfortunately, the old man learns just how unforgiving the ocean can be and he falls overboard. It’s another visually stunning video from the Bon Iver team.

In its 24 years of business, Jagjaguwar Records has made quite the reputation for itself. What started off as an idea between friends grew into something bigger than what they probably thought. It’s a story that a lot of other record labels share but no one does it quite like Jagjaguwar. Each artist breaks the mold in some way shape or form. They also see themselves in a different light compared to other artists. They’re not just singers, they’re storytellers telling an important story in the most beautiful authentic way. It’s no wonder why they’re such an incredible label.