Presenting: HIP’s Year in Review for 2005 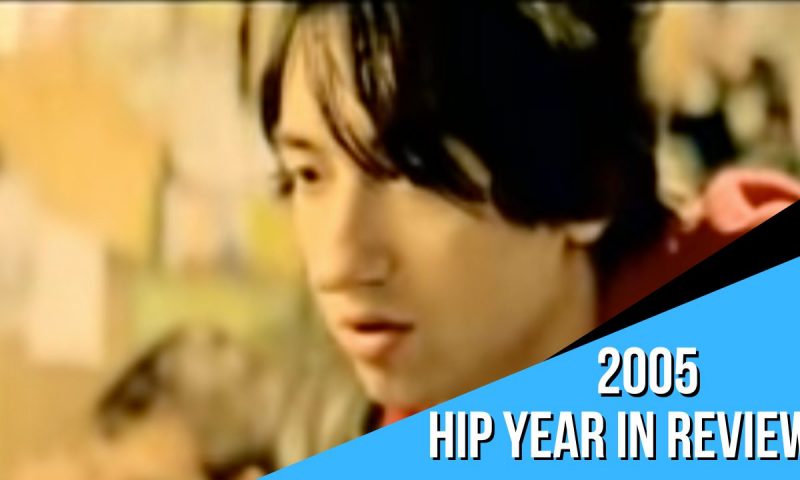 For HIP Video Promo, 2005 marked the start of many musical partnerships that elevated several talented creatives’ careers. Here are some of the songs and videos we championed to prove it:

Plain White T’s – “Take Me Away” – 1,329,409 views – Before reaching #1 on the Billboard Hot 100 with their 2006 single, “Hey There Delilah,” the phrase “Plain White T’s” would bring up the article of clothing more than the stellar emerging punk rock group. In early 2005, much sooner than this big break, we worked with the Plain White T’s to secure exposure on their first music video, “Take Me Away.” It conveys the angst and envy of seeing a former lover show interest in someone else. Tom Higgenson expresses this emotional damage in the verses, but the chorus shows his inner rage telling how someone is bound to get hurt if he is not removed from the scene immediately. The video makes the reasons for Higgenson’s resentment clear in between the shots of the band’s immensely gratifying performance. HIP owner and president Andy Gesner still remembers being in the same room as the Plain White T’s at HIP HQ the day Hollywood Records showed interest in them, and the band continues to soar 17 years later.

Bright Eyes – “First Day Of My Life” – 9,801,063 views – Talk about a wholesome video concept. Couples sit in the living room listening to Bright Eyes’ “First Day Of My Life” for the first time, and the camera shoots their authentic reactions as they sit together, hearing its theme of catching feelings. There are couples of all sorts, not just traditional ones: young and old, straight and gay, widows longing for their lost loved one, and even a pregnant woman waiting to meet her unborn child. The lyrics are poetic and sentimental, explaining what it is like to find your soulmate, the person you’re meant to live for, and how your life begins as soon as that person enters it. This song encapsulates Hans Christian Andersen’s famous quote, “Where words fail, music speaks.” Finding the right way to describe how love feels can be difficult, but Bright Eyes’ esteemed lyrical and visual masterpiece speaks volumes about this deep, pure human affection.

The Decemberists – “Sixteen Military Wives” – 75,358 views – The anecdotal delivery of “Sixteen Military Wives” is centered around the war in Iraq and criticizes America’s narcissism as well as the media’s coverage and public figures’ reactions to the country’s intervention. Frontman Colin Meloy represents America in an academy’s Model United Nations simulation lesson. While focusing on internationally impactful events and occurrences, the video utilizes the school setting to sprinkle in educational details comedically, such as security guarding bathroom stalls and the cafeteria staff imposing sanctions. Eventually, the model world and its student actors turn on Meloy, chasing him out in the halls and burying him in crumpled paper balls. If we had the choice of sitting through a regular history class or “Sixteen Military Wives,” the decision to be made does not require a second thought.

The Postal Service – “We Will Become Silhouettes” – 2,431,746 views – Why would Ben Gibbard and Jimmy Tamborello name their band after the mail and delivery system? As crazy as it sounds, the long-distance partners started making music together by producing instrumental tracks, sending them in the mail, writing lyrics and recording vocals, and sending them back again. The duo’s efforts to collaborate did not go unnoticed by the media and their fans, who were already loyal to them, knowing their respective main projects, Death Cab for Cutie and Dntel. “We Will Become Silhouettes” was the third single to be released from The Postal Service’s debut album, Give Up, which earned a gold certification by the Recording Industry Association of America in 2005 and platinum certification in 2012. Not only did HIP promote Death Cab for Cutie, but coincidentally, another one of our HIP clients from the past, The Shins, were tuned into The Postal Service and admired this single enough to later cover it themselves! We love all the HIP family love and talent here.

Bloc Party – “Banquet” – 38,980,891 views – With its call-and-answer guitar parts, taut and propelling drum beats, and sex-inspired songwriting, “Banquet” excelled at spotlighting the British post-punk group Bloc Party and introducing them to a worldwide audience. Silent Alarm, their debut album with this single included, was voted 2005 album of the year by the U.K.’s New Musical Express. Bloc Party received attention and coverage from Pitchfork, Rolling Stone, The Guardian, The A.V. Club, and more. The album also reached No. 3 on the U.K. charts, and “Banquet” charted at No. 13 as one of the top 50 singles of 2005. “Banquet” is one of those songs that returning fans keep coming back to listen to and rave about today. Those jumping on the Bloc Party bandwagon agree and instantly understand the hype. This is no surprise to us, but check out the music video to see and hear Bloc Party’s due praises for yourself.

Rise Against – “Swing Life Away” – 28,923,683 views – Under every rocker’s hardcore surface is a refined, sensitive soul. Vastly contrasting the expected style of Rise Against hits was “Swing Life Away,” an acoustic-strummed, fan-favorite song that is unique for showing a new side of the band. Their previous music video for “Give It All,” advocated for by HIP the year prior, demonstrated the thunderous intensity Rise Against can bring to the table. Yet, “Swing Life Away” ranked tremendously well on multiple Billboard charts when it was finally taken off the shelf and shared in 2005, over a year following its original recording. Even though an abundance of people encouraged the softer sound, claiming this to be one of Rise Against’s best songs of all time, this song and visual were a special case. Its rarity is why we needed to increase everyone’s awareness of this treasured outlier within the HIP Year in Review series!

of Montreal – “Wraith Pinned To The Mist And Other Games” – 3,467,695 views – From the playful, cartoon animated atmosphere and characters to the groovy bass line supporting the easygoing vocals, of Montreal’s “Wraith Pinned To The Mist And Other Games” epitomizes fun. The group’s indie pop stylings were often picked up by television shows, radio stations, and background music for advertisements. This catchy track was actually used in an Outback Steakhouse commercial (https://www.youtube.com/watch?v=0Mvm6KfJDE0), with a few word alterations to better drive potential customers to the restaurant. What an excellent way to get a broader following by piquing interest and igniting a spark of curiosity to the appealing jingle! If you are in need of happy-go-lucky vibes to make you smile, “Wraith Pinned To The Mist And Other Games” ought to do the trick.

Against Me! – “Don’t Lose Touch” – 158,925 views – Laura Jane Grace was born for rock and roll, with her distinctively powerful rasp that arouses and excites listeners just right, and her Against Me! bandmates back her up perfectly. Bassist Andrew Seward sets the tone for “Don’t Lose Touch” with the irresistible groove honing in on the upbeats. James Bowman follows suit on electric guitar, using the raw and darker sound to further emphasize the pattern. Warren Oakes kick drums the downbeats but joins in on the ups with his hi-hat. Ultimately, the quartet delivers this almighty song about not losing touch with the artists they wish to be. They take advantage of things people have said about their music and their attempts to sway Against Me! in directions they did not want to go, and finally, the group stands its ground in this lead single from Searching For A Former Clarity. It unapologetically fulfills what Against Me! wants, regardless of audience preferences. Their true fans will appreciate their self-respect and stay tuned if the music the band makes fits them, not the other way around.

Pinback – “Fortress” – 1,679,144 views – Pinback’s “Fortress” music video was one of the most pop-like releases they had to date as of 2005. The duo formed with Rob Crow and Armistead Burwell Smith IV in 1998, but this was the first time the pair teamed up to promote their artistry with HIP. The string and percussion instrumentals and the harmonizing vocal lines intertwine beautifully. The stick figure love story portrayed on screen keeps you hanging onto Pinback’s every lyric and visual clip, unfolding more about the prince and princess’ budding relationship. At the time of writing, it has amassed over 1.6 million views on YouTube, and like many of the greats here, they have continued to create and travel to perform today.